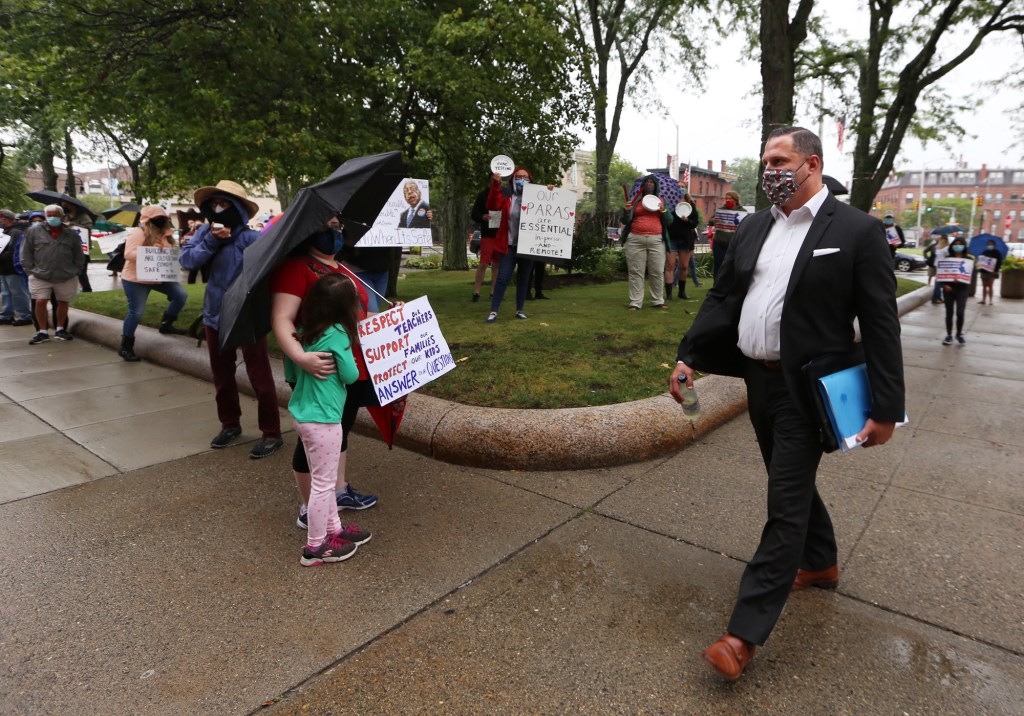 Given all the variables associated with the partial in-person opening of Lowell’s public schools, it shouldn’t come as a surprise that the district’s inability to put all those pieces in place forced it to revert the beginning of the school year to virtually all remote instruction.

So why does it seem that the School Department was caught completely off guard, given its 11th-hour decision Tuesday to hold classes online, just two days before opening day?

Preparations for a combination of fully remote and fully in-school classes have been underway since August.

Given School Superintendent Joel Boyd’s insistence on exceeding the state Department of Elementary and Secondary Education’s reopening health and safety guidelines, only about 25% of Lowell’s students could be accommodated in school buildings.

And for that to happen, the superintendent required that every classroom used for instruction be equipped with air purifiers, ostensibly to help diffuse possible airborne coronavirus particles.

However, by his own admission, in the weeks leading up to the beginning of the school year, the probability of securing the approximately 400 purifier units necessary to house those students continued to diminish.

At the time of the fully remote decision, the school district had received just 128 of the 1,000 air purifiers it had ordered from Home Depot, far short of even the 400 needed for in-school learning.

On WCAP radio Wednesday morning, the superintendent said the purchase order for those air purifiers was executed on or immediately after Aug. 11, with the expectation that the order would be filled in two weeks.

Obviously, that didn’t happen. Superintendent Boyd said the School Department received different, unsatisfying answers from Home Depot to its inquiries about the delay in the air-purifier shipment.

However, it should have become evident that the likelihood of delivering on that 25% in-school option was somewhere between slim and none as the superintendent’s self-imposed Tuesday deadline approached.

The 1,000 or so lottery students affected by this last-minute turnaround should have received an advance heads-ups to the possibility of this eventuality.

Now, only the 4,000 kindergarten and pre-K students, and those with special needs or individual education plans, will still receive in-person instruction.

Of course, other elements are at play. The United Teachers of Lowell, the union representing Lowell’s educators, also submitted a list of demands that as of Wednesday afternoon, were still the subject of negotiations with the School Department.

But according to UTL President Paul Georges, those outstanding issues wouldn’t have prevented teachers who volunteered for in-school instruction from being in their classrooms today, the first day of school.

Sure, in hindsight, Superintendent Boyd no doubt wishes he made some different decisions.

It would have been significantly easier for all parties involved had he just decided at the outset to have only remote instruction — as most large urban systems did — thus buying time to tie up all the loose ends that inevitably occur in an undertaking of this magnitude.

But in trying to satisfy a percentage of those families who wanted in-school instruction, he managed to do just the opposite.

Frustration with this whole school reopening process has boiled over to the municipal side of government.

City Councilor Dan Rourke has submitted a motion requesting the city’s law department to advise “whether the City, through its city manager, can assume the powers and duties of the School Committee.” It’s indicative of what many residents see as the ineptitude of the school board and School Department in this matter.

That’s why hindsight will never be a substitute for foresight, when it comes to preparing for every possibility.