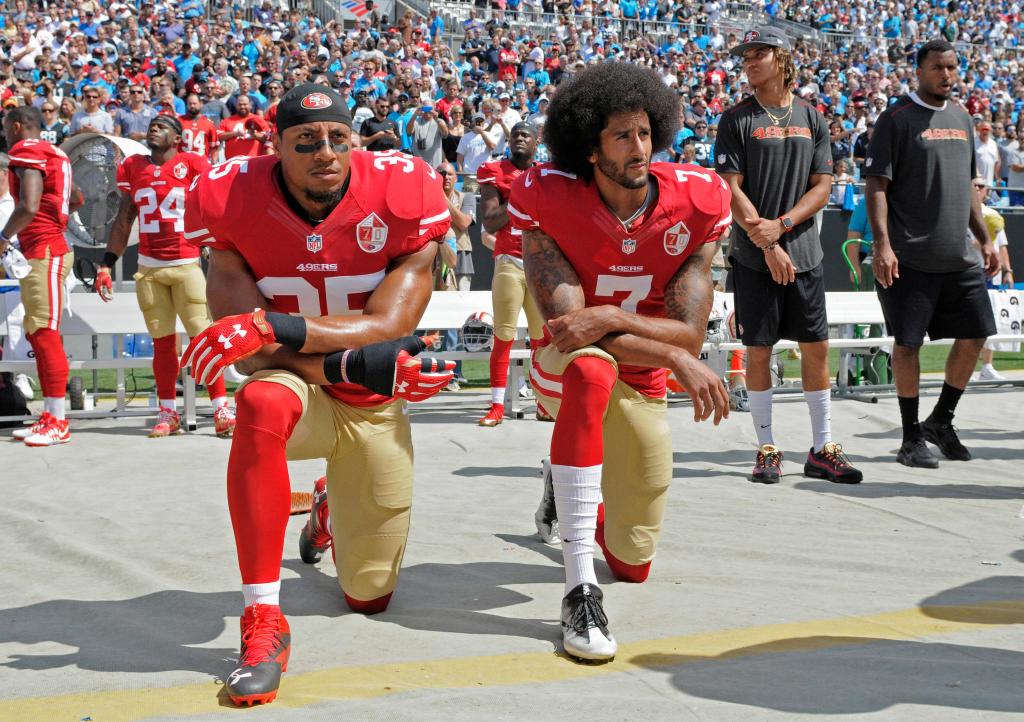 As the NFL kicks off its season, former 49ers quarterback Colin Kaepernick has been simultaneously nominated to be inducted into the Pro Football Hall of Fame by Bob Birkett, a fan from Vermont.

The earliest the nomination would be considered is for the Class of 2022.

This leads me to ask this question: should Kaepernick be enshrined in Canton, Ohio,as a contributor? The old adage that there are no stupid questions, only stupid answers will be severely challenged during this exercise. But, I’ll try.

In six seasons with the 49ers, Kaepernick was at times an impactful quarterback while at other times pedestrian.

He is not being considered for football immortality because of his accomplishments on the field, but rather for taking a knee during the playing of the national anthem throughout the 2016 season, in response to a number of high-profile incidents in which unarmed black men were killed by white police officers.

The reasons Kaepernick has not played the past four seasons range from him being blackballed because of his stance, to him not being good enough to be a starting quarterback, to him not being willing to accept a backup job with an interested franchise. Pick any one of those three reasons as the most valid and you will have true believers of either of the other two attacking you for your contention. Such is the world we live in.

Which leads us to the earlier query; is Kaepernick worthy of being a Hall of Famer as a contributor?

While Kaepernick did get the racial injustice conversation started, it was the killing of George Floyd in late May under the knee of a Minneapolis police officer that elevated the discussion. So much so that NFL Commissioner Roger Goodell admitted that the league was wrong in 2016 for not supporting its players in peaceful protests.

Floyd’s death also led to players engaging in larger conversations and eventually taking action. The league’s best player, Chiefs quarterback Patrick Mahomes, spoke out strongly and has worked to get people more involved in public discourse while encouraging them to register to vote.

The good deeds by Kaepernick might get him into the American Civil Liberties Union Hall of Fame, if it existed, but they do not merit induction to the Pro Football Hall of Fame by any established criteria.

To be enshrined, Kaepernick would need 39 of the 48 Hall selection committee members to vote for him. In these politically correct times, would the Hall voters feel pressure to enshrine Kaepernick as a contributor? Since the voting process is a secret ballot, probably not.

The merits of the players’ accomplishments on the field determine their Hall worthiness. Case in point, O.J. Simpson remains in the Hall.

The Baseball Hall Of Fame has yet to enshrine a more deserving candidate. His name is Curt Flood, and he became one of the pivotal figures in the sport’s labor history when he refused to accept a trade from the Cardinals to the Senators following the 1969 season. Flood appealed his case to the U.S. Supreme Court. Although his legal challenge was unsuccessful, it was the seminal moment for players ultimately leading to free agency by the mid 1970s.

Flood never benefited financially from his sacrifice, while Kaepernick has made millions from endorsement deals with Nike.

Admittedly Kaepernick started the wide scale conversation about racial injustice four years ago, but the unfortunate death of George Floyd was the true impetus for the NFL to undergo its social awakening.

Maybe the next Democratic president can bestow the Presidential Medal of Freedom on Kaepernick. But a bust in Canton, Ohio, I say No.

John Sapochetti resides on the North Shore of Boston and is a columnist for FullPressCoverage and co-host of THE GET OFF MY LAWN PODCAST WITH KEEGAN & SAP PODCAST heard on FullPressRadio. Follow him on twitter @JohnSap25