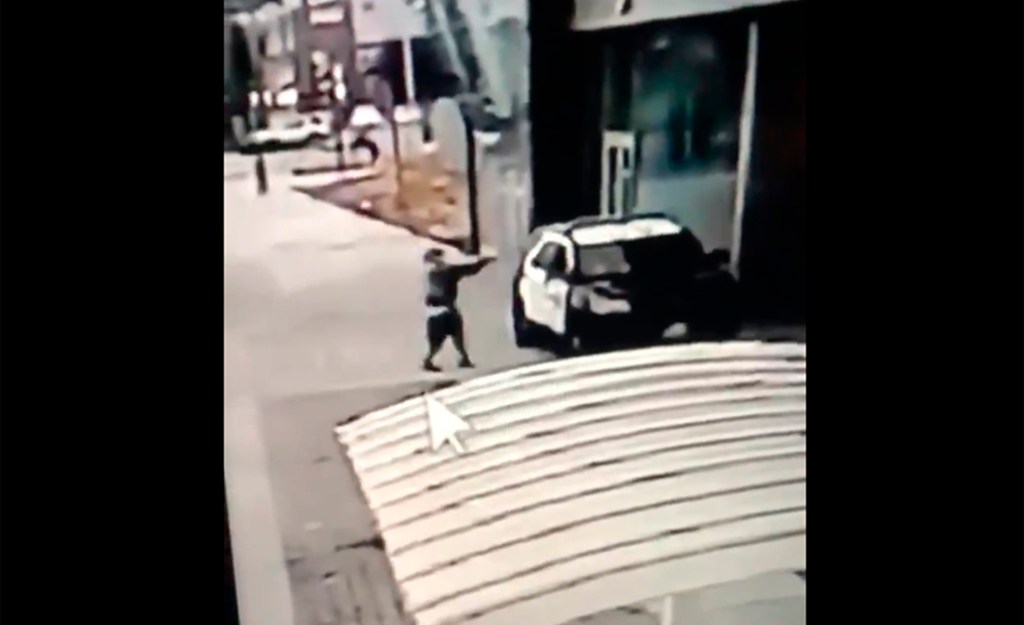 The attempted assassination of two Los Angeles County deputies, caught on a security video, is chilling and enraging enough.

A man walks up to the parked black-and-white cruiser, and fires point-blank through the passenger window, then runs away. The stricken officers manage to stagger out of the vehicle and call for assistance. They are whisked away to the hospital for emergency surgery (and are now, thankfully, recovering).

The attack is a heinous and cowardly act, but what comes afterward is, if obviously much less serious, infuriating in its own right.

A black man who had witnessed the Compton shooting or its immediate aftermath narrates what has happened on video, his voice filled with joy and excitement. Using a slang term for shooting someone, he exults, “N—a just aired the police out, n—as!”

“It goes down in Compton!” he continues, the cruiser and the wounded officers in the background. “Oh, two sheriffs shot in the face!”

None of the several people on the sidewalk near the amateur videographer show the slightest inclination to help the officers. In fact, shouts can be heard of “no justice, no peace,” which would seem grotesquely inappropriate except the go-to slogan of BLM and other protestors has always carried the threat of violence.

The L.A. shooter has yet to be apprehended, and his motive is unknown. Perhaps the attack was completely random or the attacker is mentally ill. The perpetrator of a similar ambush on officers in New York City in 2014, both murdered in cold blood, said in an Instagram post that he carried out his attack to avenge Eric Garner and Michael Brown, both killed in police-involved incidents.

But there’s no getting around the sentiment of the bystanders or the rabble that showed up, disgracefully, at the hospital where the officers were taken, shouting abuse at the police ( “oink, oink,” “y’all going to die one by one,” etc.).

There are several things to say about this. One is that these cretins apparently hadn’t gotten the message the BLM is supposedly all about reforming the police, rather than expressing a comprehensive, unthinking animus to the cops.

Another is that cops have to deal with these sort of spontaneous hostile crowds all the time now in the course of their work, which makes it more dangerous and difficult — with the citizens of crime-ridden areas paying the steepest price.

Finally, it should go without saying that it is wrong and deeply illiberal to flatten all police officers into stereotypes. The officers shot in L.A. were a 31-year-old mother of a 6-year-old child and a 24-year-old man, both of whom had only joined the force a little over a year ago. They aren’t symbols, but real people who should be honored and respected.

Presumably, none of the elite members of the vast media, corporate and cultural apparatus that has made, almost instantaneously, BLM part of America’s civil religion support killing cops or insulting them and their colleagues when they are gunned down. But in their fervent embrace of a poisonous and simplistic narrative about policing in America, they are telling a lie about the cops, one repeated over and over again and without challenge in a swaths of American life.

If the police are a racist occupying force, why not resist and harass them? Why not consider them all the same, and all equally guilty?