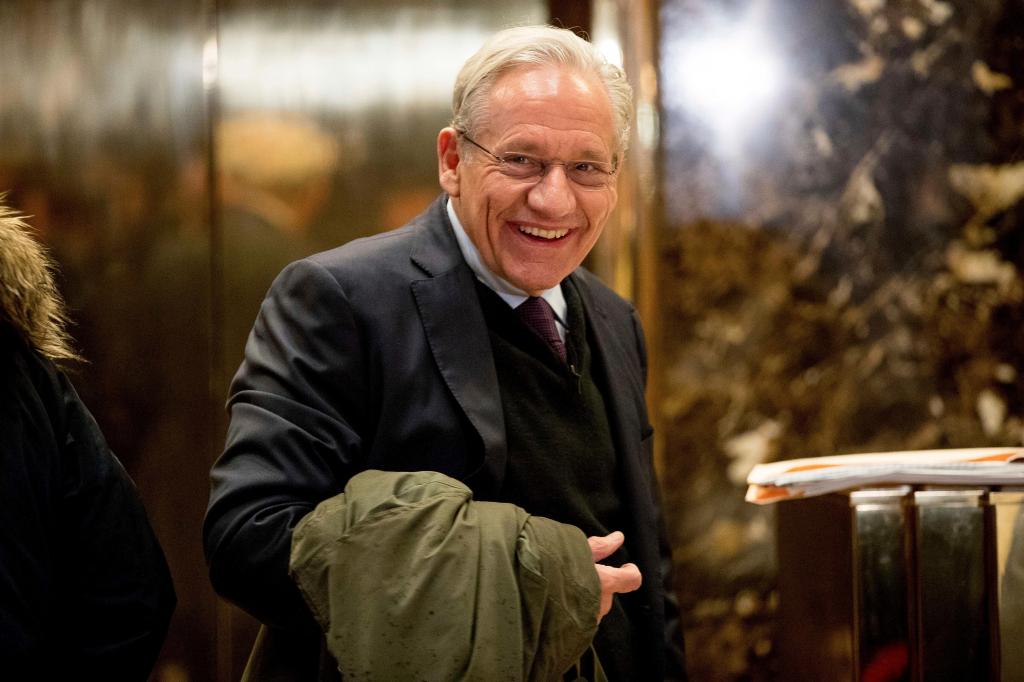 It is Mike Pence who should be upset.

That is because President Donald Trump spends more time talking to Washington Deep State writers like Bob Woodward than he does to his vice president.

And then he gets his head handed to him for doing so, like he did in Woodward’s new book “Rage.” The book is based on so many one-on-one interviews with the president that Woodward should have given Trump a byline.

While Trump’s friends at Fox News fight over news crumbs Trump throws at them, the president grants Woodward, a mainstay at the enemy Washington Post, extraordinary access, which has everyone shaking their heads. Why would Trump do that?

Probably because, like most ego-driven politicians, he wants everyone to love him. If they don’t, he thinks he can win them over with charm and personality, like he did North Korean leader Kim Jong Un who used to threaten to bomb us. Now he writes gushing letters to Trump.

Not Woodward, though. The 77-year-old left-leaning scribe has been around too long to be charmed by a Republican president. Besides Woodward has a reputation to maintain among the Trump-hating Washington liberal elite. And the best way to keep that reputation intact, if not to enhance it, is to dump on Trump, which he did.

But you have to hand it to Woodward. Even after all these years, and all the Washington books beginning with Nixon and Watergate, and after all the fame, money and celebrity, he is still hanging in there. And he is still lording it over Washington reporters half his age, none of whom could have gotten 18 interviews with Trump, let alone one.

It is too bad that Trump has no one around to say, “I told you so.” Not that it would do any good anyway.

Trump’s critics have blown out of proportion Trumps’ comments on downplaying the seriousness of COVID-19. Leaders are not supposed to panic, and Trump did not panic.

The media attention given to Trump’s remarks about COVID-19 in the Woodward book, however, has overshadowed a couple of more disturbing revelations Woodward has come up with.

One is the troubling remarks made by retired Marine Corps Gen. Jim Mattis, Trump’s former secretary of defense, to then Director of National Intelligence Dan Coats about taking “collective action” against Trump.

Mattis, according to Woodward, after saying prayers for the country at the Washington National Cathedral in May 2019 told Coats, “There may come a time when we have to take collective action” against Trump because Trump was “a danger. He’s unfit.”

In a later conversation with Coats, Mattis said that Trump “has no moral compass.” To which, Coats, according to Woodward, responded, “True. To him, a lie is not a lie. It’s just what he thinks. He doesn’t know the difference between the truth and a lie.”

Both men, it should be pointed out, were appointed by Trump, but were also fired by him as well.

The other remarks that surprised some were Trump’s comments about national security and the country’s nuclear weapons system.

Reflecting on how close the country came to war with North Korea in 2017, Trump said: “I have built a nuclear — a weapons system that nobody’s ever had in this country before. “

“What we have is incredible,” he said.

In words that no doubt piqued the interest of Russia’s Vladimir Putin and Chinese President Xi Jinping, and others, Trump said, ”We have stuff that you haven’t even seen or heard about.

“We have stuff that Putin and Xi have never heard about before.”

One can only hope that it’s “the right stuff.”

And if Putin and Xi hadn’t heard about the “stuff” before they certainly have heard about it by now, coming as it has straight from the president’s lips.

Now they launch books — and try to sink presidents.