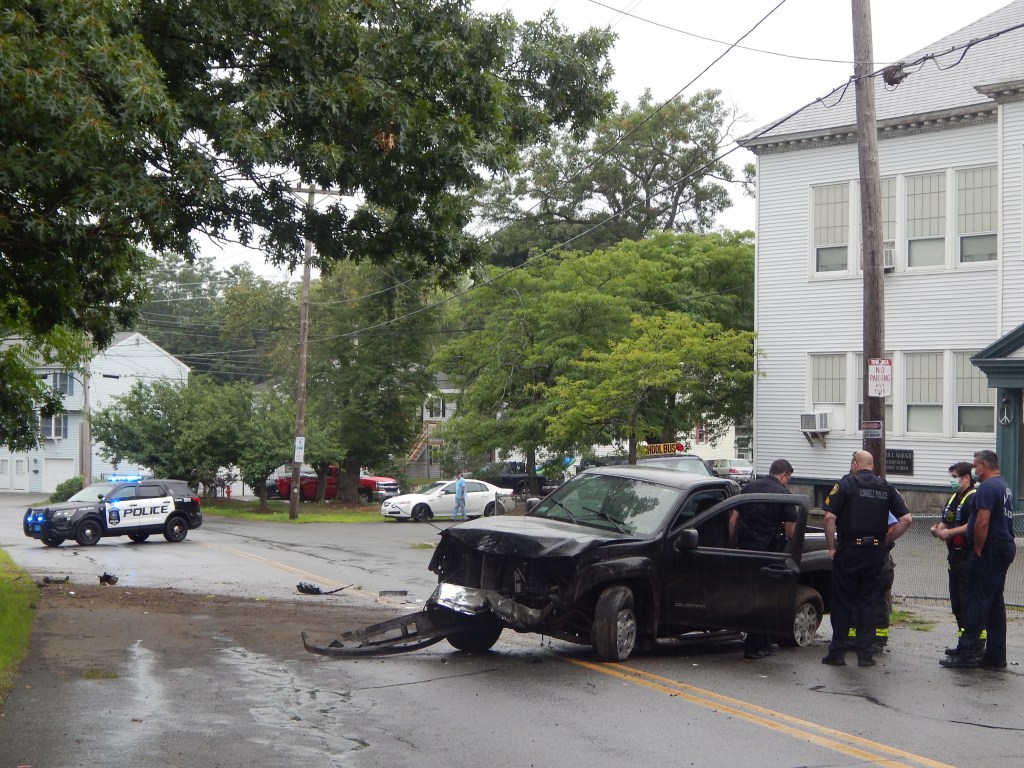 LOWELL — A Woburn Street resident said he was inside his home on Sunday afternoon when a violent crash from the street outside rocked the house.

The Lowell man, who identified himself as Nigel, said he ran outside, where he witnessed a man lying in the road nearby a pickup truck that had heavy front-end damage.

“(The man) was trying to get up, and I told him to stay down and be content,” Nigel said. “He couldn’t move that much.”

Nigel checked inside the mangeled truck where he said he found a small child, buckled into the passenger seat of the vehicle. He stressed the youth was not in any kind of child car seat.

“She had a normal seatbelt on, facing forward, with a shoulder strap around her like a normal person would,” Nigel said.

The child did not have any obvious injuries, according to Nigel. He removed the child from the truck and held her until emergency crews arrived on scene.

“I have a small child of my own, and I saw my child in her, and it made me very concerned,” he said.

The child could be seen in the back of an ambulance as emergency crews tended to her. She appeared alert, moving around, while sitting up on a stretcher.

Nigel expressed frustration about the child not properly secured in the truck, pointing out the crash could have ended in tragedy.

“A child’s life was spared today,” he said.

It appeared the truck struck a stone wall in front of Nigel’s Woburn Street home. Emergency crews could be seen picking chunks of the pickup truck out of a section of wall.

The driver and child, who were the only occupants in the vehicle, were taken from the scene by ambulances. The details of their injuries were not immediately available.

The crash, which was reported at around 4:20 p.m., forced Lowell Police to shutdown Woburn Street to traffic between Juniper and Lawrence streets.