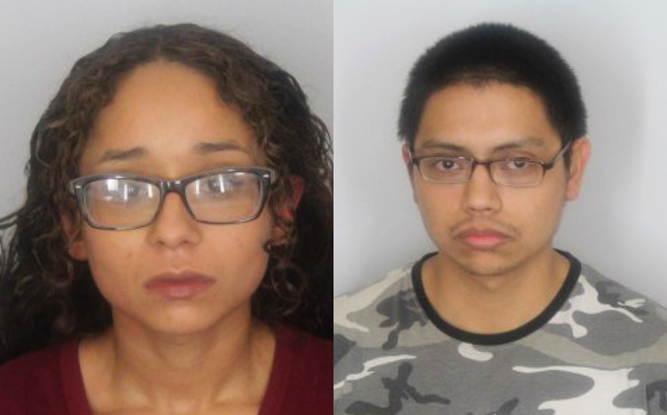 WILMINGTON — A resident’s call to police early Saturday led officers to stop a vehicle containing a pair of Chelsea residents and a number of items that were allegedly stolen during break ins into vehicles in both Wilmington and other towns.

Wilmington Police said officers responded to the area of Broad Street Saturday about 4:35 a.m., after a resident called police to report a man walking up to the caller’s vehicle and then walking away.

Officers stopped a vehicle in the area, and while a press release does not indicate who was driving, police arrested both Jennifer Chavez-Hernandez, 24, and Christopher Perez-Valladares, 24, both of Chelsea, as a result.

Police said they found “a number of items which had been previously stolen from motor vehicles throughout the neighborhood,” and that a subsequent investigation also identified items in the vehicle that were stolen during a spree in car breaks that occurred in the Columbia Street area on Thursday.

“The Wilmington Police Department would like to thank the community for their assistance with this investigation and especially the reporting party who took the time to contact us, when they observed the suspicious activity,” Police Chief Joseph Desmond wrote in a press release.’

Police encourage everyone to lock their vehicles, turn on exterior house lights at 9 p.m., and to report suspicious activity to police. Anyone who believes they may have had items taking in the recent car breaks is encouraged to call the Wilmington Police Criminal Bureau at 978-657-8082.