Wall Street sees the economic pain, opts to look past it 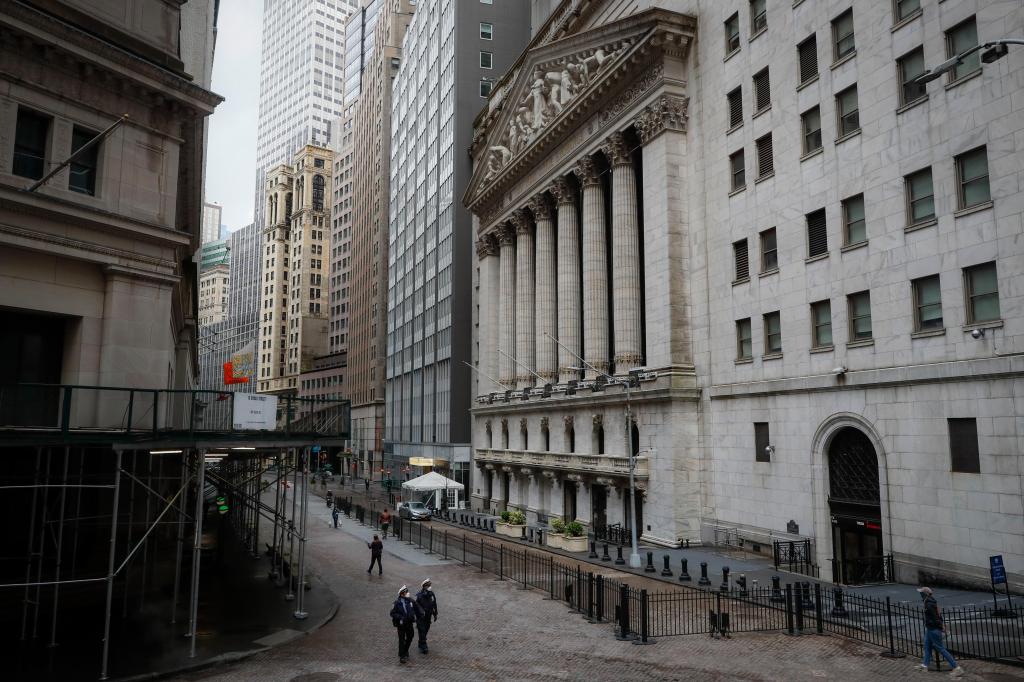 The global economy is in shambles, the coronavirus pandemic has killed more than 248,000 worldwide and 30 million Americans have lost their jobs as collateral damage in the fight against COVID-19, with the tallies all rising by the day.

Yet, the U.S stock market just rocketed to its best month in a generation.

While it’s most definitely wild, Wall Street is also a collection of investors who are continually looking ahead, setting prices for stocks at the moment based on where they expect corporate profits and the economy will be a quarter or two into the future.

From February into late March, investors sent the S&P 500 down by nearly 34%, anticipating that the number of jobless workers would explode and the economy would tumble into recession. Then in April, as gruesome economic figures confirmed those fears, investors instead focused on a few strands of optimism for the future.

Through Monday‘s morning trading, the S&P 500 has surged nearly 26% since hitting a low on March 23, which was the same week that the government reported a record number of U.S. workers filed for unemployment benefits, nearly 6.9 million.

When clients have called in recently at Villere & Co., an investment adviser in New Orleans, they usually start with one question, said Sandy Villere, a portfolio manager at the firm.

“They ask: Aren’t we going into a recession?” he said. “I say, ‘Yes, but the stock market has already gone through the recession, and now it’s coming out of the recession.’”

Among the reasons the market chose to look ahead:

— The Federal Reserve came to the rescue, again.

A famous saying on Wall Street says: Don’t fight the Fed. The central bank is doing everything it can to support the economy, from cutting interest rates to near zero to the unprecedented promise to buy even riskier corporate debt. It’s all aimed at ensuring lending markets have enough cash to run smoothly and prevent prices from going haywire.

Investors say that’s eliminated the worst-case scenario for markets: a collapse reminiscent of the 2008 financial crisis. And even a deeply divided Capitol Hill has come together to send trillions of dollars into the economy, hoping to fill the cavern created by the shutdown of businesses.

— Infections have leveled off in some areas, and reopenings are on the horizon.

In the hard-hit state of New York, the number of hospitalizations for the virus has dropped back to where it was a month ago after peaking in mid-April.

Some states around the country have laid out plans to gradually relax restrictions meant to slow the spread of the virus. Georgia has been at the forefront, already allowing barber shops, gyms and nail salons to reopen.

“This is first and foremost a health crisis, so any trend lines of improvement are good, even if they’re hidden within really terrible human loss numbers,” said Nela Richardson, investment strategist at Edward Jones.

— Even the terrible economic numbers contain some hopeful signs.

Joe Seydl, capital markets economist at J.P. Morgan Private Bank, has noticed how most of the jobs lost in March were temporary furloughs, rather than permanent losses.

“That was a relative silver lining,” he said. “We know unemployment is going to spike. When you look beneath the surface at unemployment you can look at how much is temporary.”

History shows that stocks usually begin heading back up even as the economy is still heading down. The S&P 500 typically begins rising four and a half months before the economy hits bottom in a recession, according to Lindsey Bell, chief investment strategist at Ally Invest.

Consider the Great Recession: Stocks began what would become the longest bull run on record in March 2009, when corporate profits were still tumbling and layoffs were still rising. The unemployment rate wouldn’t hit its peak until seven months later.

However, many professional investors have been skeptical of this rally, given how much uncertainty still exists about how long the recession will last.

If a second wave of infections hits, businesses could shut down again as fast as they open. Stocks are no longer cheap following their strong recent run. And worries still loom about companies defaulting on their debt after a borrowing binge left them with a mountain of $9.6 trillion in outstanding bonds. .

The stock market also has a patchy history in predicting the end of recessions, just like it has predicted nine of the last five recessions, as famed economist Paul Samuelson once quipped. .

After hitting a low in November 2008 shortly after Lehman Brothers collapsed during the financial crisis, the S&P 500 rallied more than 24% in about seven weeks. But that rally proved to be illusory, and the market gave out again, plummeting nearly 28% before finally hitting bottom in March.