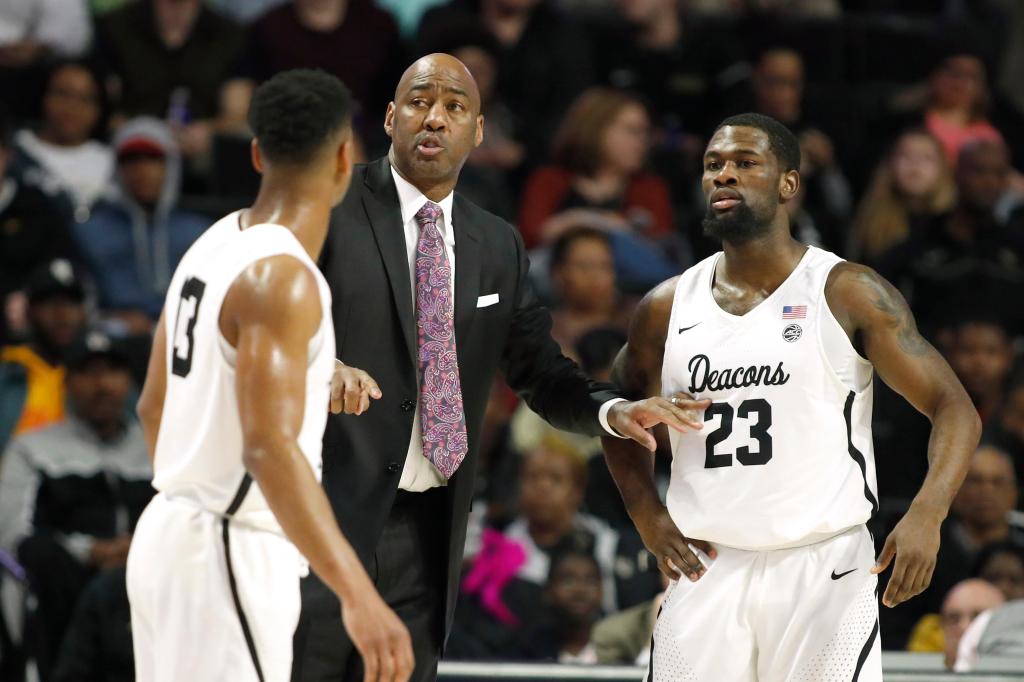 RALEIGH, N.C. (AP) — Danny Manning never built a winner at Wake Forest. Now the school is looking for a new coach and direction.

Wake Forest fired Manning on Saturday after losing seasons in five of his six years with one NCAA Tournament appearance. The move came more than six weeks after the Demon Deacons lost to Pittsburgh in the opening game of the Atlantic Coast Conference Tournament, ending the season shortly before the coronavirus pandemic led to a shutdown of college and professional sports.

The decision came after what athletic director John Currie called an “overall evaluation” of a program with two winning seasons in the past decade going back to the days of Jeff Bzdelik.

“As time goes by, we’re able to resume things,” Currie said Saturday in a video teleconference. “We never stopped working on this particular program because it is so important to all of us, just like we haven’t stopped with the day-to-day duties. … But certainly the onset of the pandemic played a role in the timing of today’s announcement.”

Manning, a former No. 1 overall NBA draft pick, went 78-111 in Winston-Salem with a 30-80 mark in ACC regular-season games. Those league struggles included a 6-49 mark in league road games and 1-6 in the ACC Tournament.

Currie said he and Manning notified the team earlier Saturday in a video teleconference. Associate head coach and program great Randolph Childress will lead the team in the interim.

Currie declined to discuss details of Manning’s contract or financial obligations tied to the change. Manning received an extension after his lone NCAA Tournament trip in 2017, though the private school typically doesn’t make terms public.

“Ultimately this is a basketball decision,” Currie said, adding later: “In this particular decision, if you look at the overall program and where we are right now, the economics support the decision.”

Manning had said after the Pitt loss on March 10 he “absolutely” expected to return, as well as in subsequent interviews in recent weeks.

“I wish the program nothing but success going forward,” Manning said in a school statement Saturday.

The Demon Deacons appeared to be trending upward in 2017, when sophomore John Collins led the Demon Deacons to a 19-win season and a .500 league mark along with a spot in the NCAA’s First Four.

But Collins left to become a first-round NBA draft pick, while junior Dino Mitoglou left to play professionally in Europe. And over the next few seasons, key players such as Bryant Crawford, Doral Moore and Keyshawn Woods left with eligibility remaining to pursue professional careers or play elsewhere in college.

It happened again in the past two weeks, with junior Chaundee Brown announcing he would enter his name into the NBA draft as well as the NCAA transfer portal.

Amid that turnover, Manning’s program never was able to build on the 2017 run, going 11-20 in each of the following two seasons.

Along the way, once-rowdy gameday environments at Joel Coliseum during the Chris Paul and Skip Prosser era more than a decade earlier grew quiet with large swaths of empty seats. Games against in-state ACC foes Duke, North Carolina and North Carolina State often drew significant numbers of fans wearing the blues or red of the visitors.

Retiring athletic director Ron Wellman announced last March that Manning would return despite a third 20-loss season in five years, saying he expected Manning would see improvement as Currie took over. Manning went on to claim his first wins against Duke (a double-overtime comeback victory) and UNC in February, but Wake Forest (13-18) won just two more games from the previous year.

Manning was the top NBA draft pick in 1988 after leading Kansas almost single-handedly to a national championship so unexpected the group was nicknamed “Danny and the Miracles.”

He played 15 seasons in the NBA before getting into coaching, first on Bill Self’s staff at Kansas and then spending two seasons as head coach at Tulsa before taking over at Wake Forest in 2014.