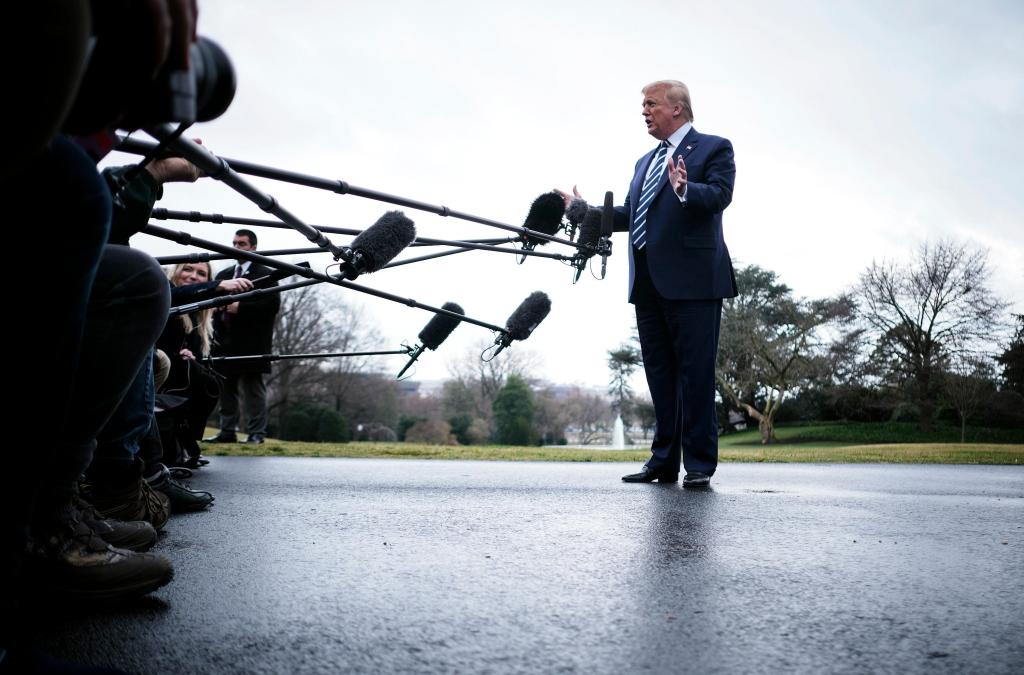 President Trump vowed to smash the Taliban early in his term. Now his policy lies in tatters.

The Taliban are as strong as ever and U.S. forces are on their way out. The fractured country is infested with cross-border terrorist groups — even al-Qaeda, the organization that carried out the 9-11 attacks.

How different it all looked on Aug. 21, 2017, when a recently elected Trump addressed the nation and promised to prevail in Afghanistan, not just hold the line like his predecessors.

Terrorists, he said, “are nothing but thugs, and criminals, and predators, and — that’s right — losers. … Our troops will fight to win.”

Unlike Barack Obama, Trump vowed he would not “announce in advance the dates we intend to begin, or end, military options.” The Taliban might have a role in a political settlement, but only after defeat on the battlefield. Most important, “We must stop the resurgence of safe havens that enable terrorists to threaten America.”

Today it is clear that Trump has failed in each of his promises.

In February, the United States agreed with the Taliban to do exactly what Trump said he would never do — announce a future departure date. In this case, it’s May 2021.

We had 12,000 troops on the ground at the time of the agreement. By November it will be down to 4,500, according to U.S. Central Command, a decrease of almost two-thirds. The plan for a complete exit is on schedule.

As experts predicted, the Taliban are gaining in strength now that the United States is no longer fighting them alongside the Afghan military.

Don’t ask for data from the U.S. military, which, unsurprisingly, has stopped reporting publicly on Taliban control of territory. But Congress requires public reports quarterly from some agency inspectors general, and the most recent ones substantiate a buildup of Taliban activity against the national government since their cease-fire agreement with the United States.

In addition, a nonpartisan website called The Long War Journal has been keeping track for years, and it says the Taliban now controls or is fighting for control in more than 70% of the country.

Instead of begging for a bit of power from a victorious Afghan government, as Trump envisaged, the resurgent Taliban has begun bargaining with the regime as a full partner — and may emerge with the upper hand.

But one failure stands above the rest in Trump’s failed policy. Afghanistan continues to provide fertile soil for terrorist groups with regional or global ambitions. Even al-Qaeda is active there.

The Taliban itself has no desire to export its harsh Islamic rule outside of Afghanistan. It promised to deny sanctuary to terrorist enemies of the United States as a condition of American military withdrawal.

To its credit, it is fighting some of the many terrorist groups taking advantage of the chaos in Afghanistan to sink their roots. These include al-Qaeda and a branch, called ISIL-K, of the Islamic State group that held sway in much of Syria and Iraq in 2014-17.

But the Taliban is protecting some other groups, according to reporting from the United Nations, including an offshoot of al-Qaeda, called al-Qaeda in the Indian Subcontinent, and another group, called Khatiba Imam al-Bukhari, which seeks to use Afghanistan as a staging ground for attacks in other countries.

In reality, Afghanistan is a failed state where no authority, including the kleptocratic and corrupt national government, can effectively control the activity of cross-border terrorists.

The United States never had a chance of reforming Afghanistan in its own image. With our troops at long last gone, our policy will revert to what is should have been from the beginning — targeting terrorists who target us and taking them out, regardless of who rules in Kabul.

We don’t need regular army boots on the ground to accomplish this. We can work with any group that supports us — overtly or covertly or both. We will find willing partners among some of Afghanistan’s neighbors, who are more at risk from cross-border terrorism than we are.

Trump’s empty promises in Afghanistan are another sign of his incompetence and dishonesty as a leader. But if he wipes the slate clean for his successor, he will have done the country — finally — a service.

Brad Swanson (swansoncommentary@aol.com) is a fund manager for socially responsible investments and a former diplomat and journalist. He wrote this for InsideSources.com.