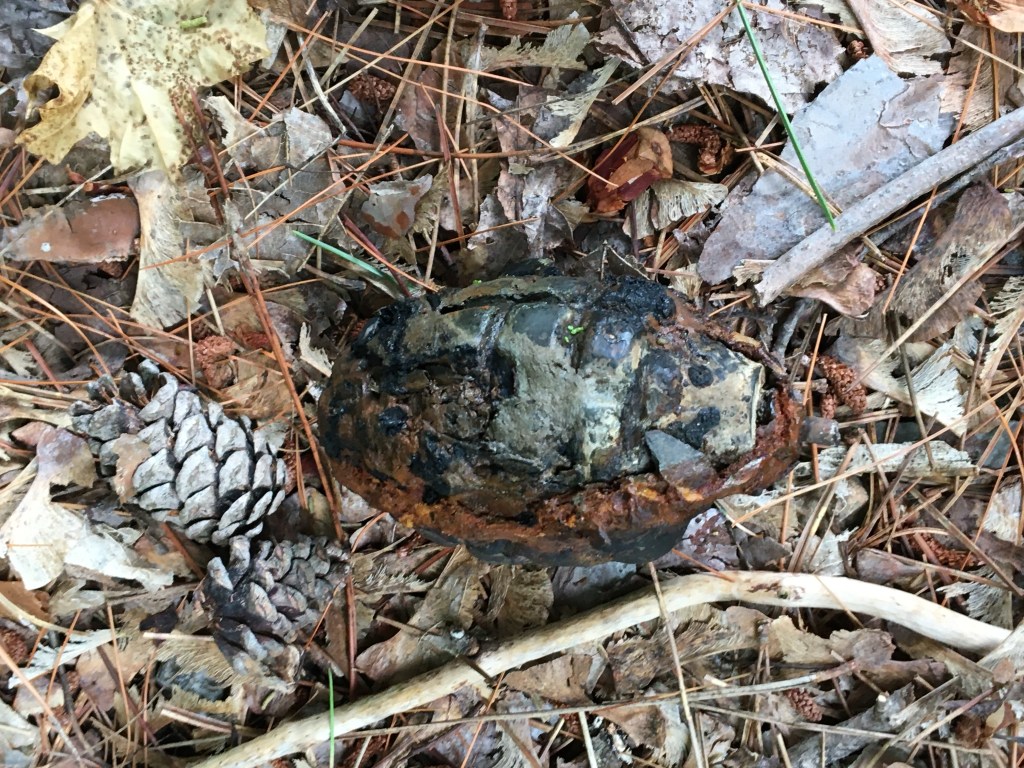 AYER – Local government officials and national environmental experts are asking the U.S. Army for a study to be conducted at the Nashua River after three potentially hazardous items were found in the river this summer.

During its Sept. 15 meeting, the Ayer Select Board approved a motion to send a letter to the U.S. Army Garrison in Devens requesting a UXO Study for the Nashua River.

Town Manager Robert Pontbriand said Sept. 21 that the town would send the letter in the coming days. The request comes after three UXOs, or unexploded ordnances, were found in two different locations in the river this summer: two found by a Shirley resident on the bottom of the river near Lake George Street in Devens on July 24 and another found on Aug. 12 by another Shirley resident who was magnet fishing from a kayak that was near the Hospital Road Bridge in Devens.

Jennifer Mieth, public information officer of the Massachusetts Department of Fire Services, said the third UXO found in August was another grenade.

“In the interests of the publics health and safety on the Nashua River which is used by thousands of private citizens annually for various recreational activities including kayaking, fishing, and hiking; we are respectfully requesting that the U.S. Army conduct a comprehensive UXO Study of the Nashua River to further determine the potential extent of other UXO on the bottom of the Nashua River as well as for the purposes of developing the appropriate plan and remediation of this dangerous situation,” the board’s letter reads. “We trust that the U.S. Army will conduct the necessary UXO study; develop the appropriate remediation plan; and implement the remediation plan to resolve this situation. In the event that this does not occur accordingly, we will support the commencement of the informal dispute resolution by the Environmental Protection Agency.”

The EPA had previously issued a letter of its own to the Army Garrison back in August, noting how it was made aware of the UXO discoveries by MassDevelopment, which owns Devens. According to agency’s letter, the Army was required to provide written notification to local organizations and the public of the UXO discoveries. It also required statements from witnesses and incident response personnel along with maps of the verified locations of said UXOs plus former training ranges and artillery storage facilities along the former Fort Devens.

“EPA has not received notification or any communication from Army regarding the Aug. 12, 2020 incident and has yet to receive any response to EPA’s Aug. 10, 2020 email/request for information,” the agency’s letter reads. “While EPA commends MassDevelopment, the Devens Fire Department and the Massachusetts State Police for their prompt response to these two recent incidents, it is extremely disappointed by the Army’s continued noncompliance with its responsibilities.”

Dave Deegan, a member of the EPA’s office of public affairs, said last week that the agency has been in contact with the Army to determine the best action to take in responding to the reports. According to Deegan, the Army has begun a Removal Site Evaluation as a first step. While that’s going on, the EPA is asking residents who come across other UXOs to not touch them, stop any activities going on and evacuate the area before calling 911 to report the UXO.

In an email on Tuesday, Robert Simeone of the Army Garrison said the Army had received both letters of concern and that a study is in development.

“The study involves a probability assessment to determine what additional actions may be warranted based on a records review of prior military range and training areas at former Fort Devens,” Simeone said. “The study is scheduled to be complete in mid December 2020.”