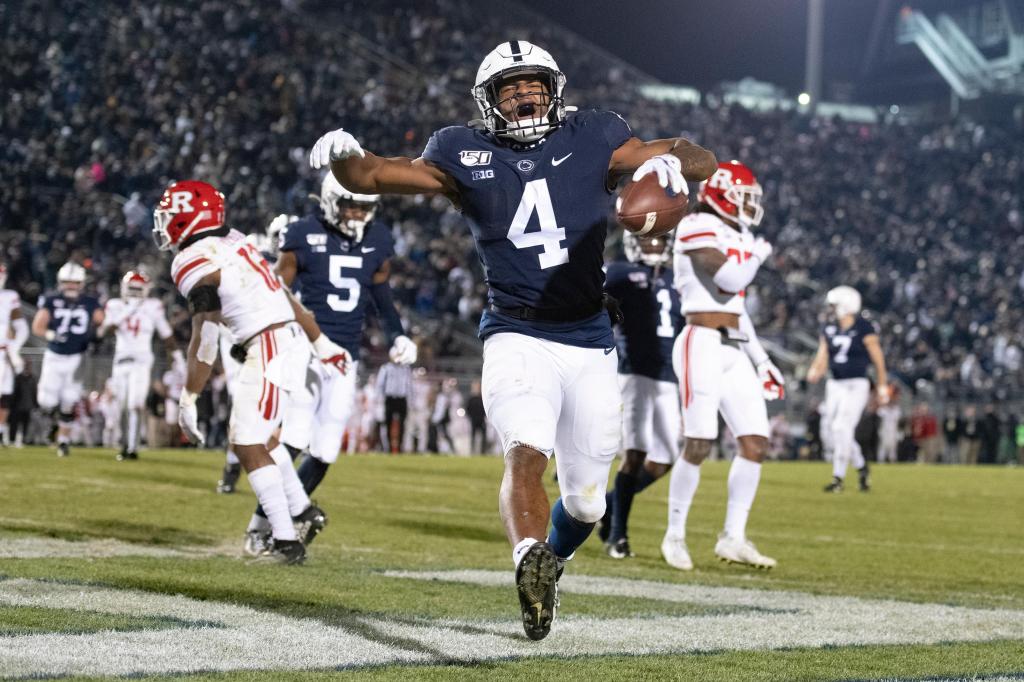 Players were pumped. Coaches were stoked. Fans seemed relieved. Even the president was pleased.

The Big Ten is going to give fall football a shot after all.

Less than five weeks after pushing fall sports to spring in the name of player safety during the pandemic, the conference ran a reverse Wednesday and said it plans to open its football season the weekend of Oct. 23-24.

Amid the celebration, a word of caution: This is still not going to be easy.

“We can’t emphasize enough that what we’re putting forward still requires prevention, requires accountability from everyone involved from our student-athletes to coaches to staff to be doing the things to prevent getting this infection,” said Dr. Jim Borchers, the team physician for Ohio State. “And our progress will be measured by their efforts but also we hope by the efforts to provide a clean competition and practice environment.”

All 14 teams will be scheduled to play eight regular-season games in eight weeks, plus have the opportunity to play a ninth game on Dec. 19 when the conference championship game is played. The College Football Playoff selections are scheduled for Dec. 20, which means the Big Ten’s best should be back in the hunt for a national championship — if all goes well.

If it does not, the schedule does not provide much room to adapt. Other conferences built in bye weeks, which allows time to deal with potential disruptions. The Big Ten itself did that back in early August, but now must go forward with a condensed schedule and signs that things could go awry.

Across major college football since Aug. 26, 13 games have been postponed because of teams dealing with COVID-19 outbreaks. Some have not been rescheduled.

The Big Ten is banking on daily testing to mitigate the risk of outbreaks and decrease the probability that a few positive tests will gut rosters when contact tracing sends players into 14-day quarantines. The Big Ten will begin daily antigen testing of all fall sports athletes, coaches and staff Sept. 30.

The Big Ten is taking an especially cautious approach with those who do test positive: The earliest an athlete will be able to return to game competition is 21 days after a positive diagnosis, and following a cardiac evaluation and clearance from a cardiologist.

“We’re in a better place, regardless of how we got here or how painful it was during the time we waited to get this moment,” Ohio State athletic director Gene Smith said. “That’s all behind us. What’s beautiful is that we have a process and protocols in place that’s based on science and based on lessons learned since Aug. 11.”

The Big Ten said its Council of Presidents and Chancellors voted unanimously to restart sports. The vote last month was 11-3 to postpone, with Ohio State, Iowa and Nebraska voting against.

Still, the Big House in Ann Arbor, Michigan, and Beaver Stadium in State College, Pennsylvania, won’t be packed with 100,000 fans as is usually the case in the fall. Not even close. Tickets will not be sold to the general public for Big Ten games, though some attendance is expected.

That’s still an 80,000-seat stadium that we don’t have,” said Wisconsin athletic director Barry Alvarez, who had estimated the loss of football would cost the school $100 million.

The decision to play came after sharp pressure from coaches, players, parents and even President Donald Trump, all of them pushing for a Big Ten football season. The conference is home to a number of battleground states in the November election, and Trump swifly applauded the move in a tweet while his campaign suggested the return of college football was “in no small part” due to the president’s leadership.

Northwestern President Morton Schapiro, chairman of the presidents’ council, said the turning point for him on giving the green light to football — even though many students have not been allowed back on his school’s Evanston, Illinois, campus — didn’t come until this past weekend.

“For me, it wasn’t about political pressure, money or lawsuits,” Schapiro said. “It was about the unanimous opinion of our experts. It evolved over the course of weeks.”

The Big Ten will take a bow, but the conference has been battered for a month and businesses in college towns from Nebraska to Maryland have lost millions in sales. First-year Commissioner Kevin Warren was the main target, criticized for a lack of communication and not providing enough information to back the initial decision.

The Big Ten postponed fall sports just six days after unveiling a modified, conference-only schedule that was set to begin Labor Day weekend, and indicated it would try to make up the season in the spring. But there was no plan in place and the reaction was sharp. Trump at one point called Warren, who described their conversation as “productive” and “respectful.”

The Pac-12 followed the Big Ten in postponing, but was far more detailed in its explanation and had more obvious hurdles to clear. Half the Pac-12 schools are still operating under statewide restrictions that make it impossible for teams to practice.

As the Big Ten and Pac-12 bailed in August, the other Power Five conferences forged ahead, along with three other major college football leagues. Games have started, with the Big 12 and Atlantic Coast Conference kicking off last week. The Southeastern Conference begins play Sept. 26.

Meanwhile, the Big Ten was on the sideline, with coaches struggling to explain to players why other teams could play but they could not. Eight Nebraska players filed a lawsuit against the Big Ten over its decision to postpone; their attorney said Wednesday the case was being dismissed.

“They never lost faith. They never lost trust. Their behavior through this time has been excellent, and they never stopped fighting,” said Ohio State coach Ryan Day, whose team was ranked No. 2 in the preseason AP Top 25.

The next new schedule comes with a twist. On championship Saturday, the plan is to provide each team an additional game, matching teams by their places in the division standings: No. 2 vs. No. 2, No. 3 vs. No. 3 and so on. Alvarez said those matchups could be tweaked to avoid rematches.

For now, the third Big Ten schedule of the year should be ready in about a week. Surely, it will rekindle excitement, but how much of it gets played is still uncertain.

“We’re all trying to do what we can to engage in some normalcy and keep people safe,” she said. “There’s not a perfect way to do this.”

Follow Ralph D. Russo at https://twitter.com/ralphDrussoAP and listen at http://www.westwoodonepodcasts.com/pods/ap-top-25-college-football-podcast/