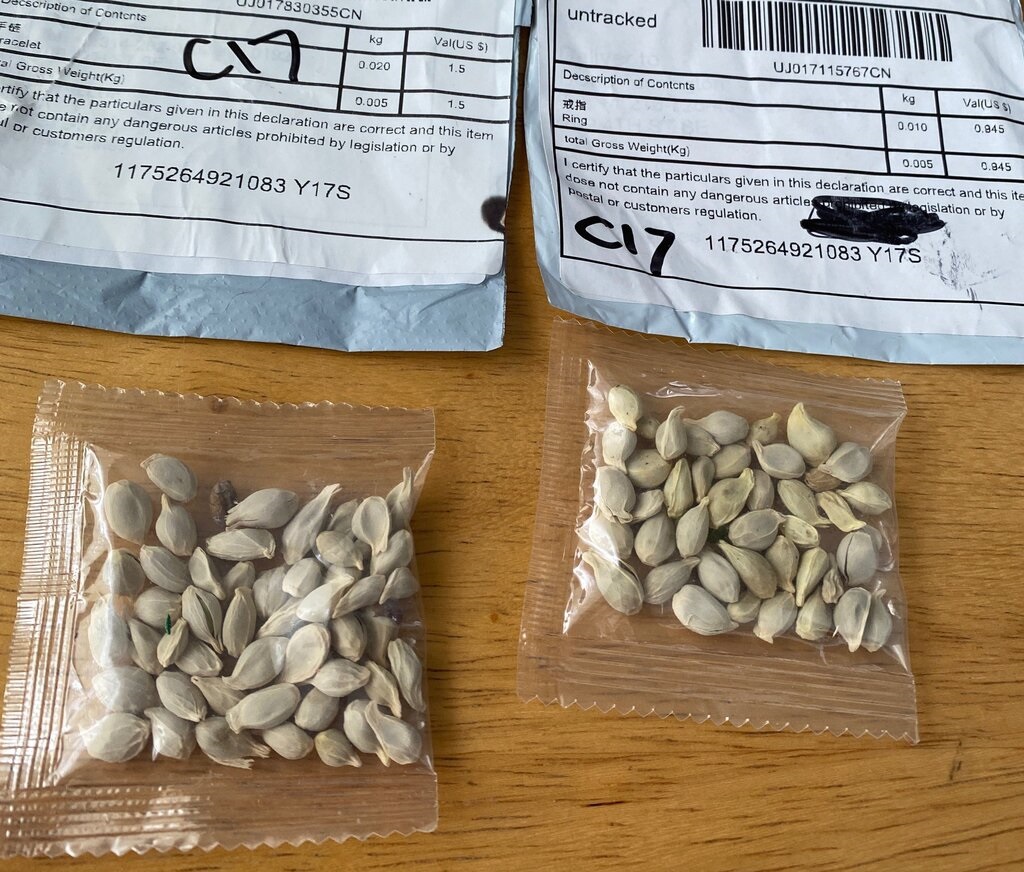 What’s with all those mail-unordered seed packages?

Recipients of these unsolicited items – which have planted in postal systems around the country – have been encouraged to inform their state officials.

That message also resonates in Massachusetts.

Gov. Charlie Baker told reporters Thursday that “hundreds, and perhaps thousands of people in Massachusetts and in 39 other states nationwide’’ have received unwanted seeds.

On Wednesday, the Massachusetts Department of Agricultural Resources reported that it had received more than 400 notifications from residents who had received unexpected packages of seeds, which appear to originate from a foreign country.

Photos from other states suggest the packages are coming from China in white and yellow envelopes. However, a spokesman for China’s Ministry of Foreign Affairs said earlier this week that its country’s postal service determined the “address labels turned out to be fake ones with erroneous layouts and entries.”

“While the exact types of seeds in the packages are unknown, the seeds are thought to be invasive plant species, and not believed to be harmful to humans or pets, but could pose a significant risk to agriculture or the environment,” the state release said.

In other words, don’t plant them under any circumstances.

Our area lakes and ponds unfortunately have dealt with trying to control invasive plants for several years. Left unchecked, they’ll choke the life out of these vital waterways.

According to the Massachusetts Department of Conservation and Recreation, at least one-third of the state’s 3,000 lakes and ponds have experienced the growth of invasive plants such as Eurasian milfoil, water chestnut and curly-leaved pondweed.

State officials ask anyone in possession of these mysterious seeds to keep them — including their packaging — and fill out an online form on the Mass.gov website.

According to the release, “a representative from the U.S. Department of Agriculture or MDAR will be in contact with instructions regarding the collection or disposal of the seeds.”

It remains unclear why the seeds were sent, though the U.S. Department of Agriculture believes it’s likely a “brushing scam,” where companies send people unsolicited items and then post false customer reviews in order to boost sales.

These snail-mail seeds may turn out to be no more than a throw-it-against-the-wall marketing campaign.

But until more is known about its origins and intentions, keep those seeds on the shelf and out of the garden.