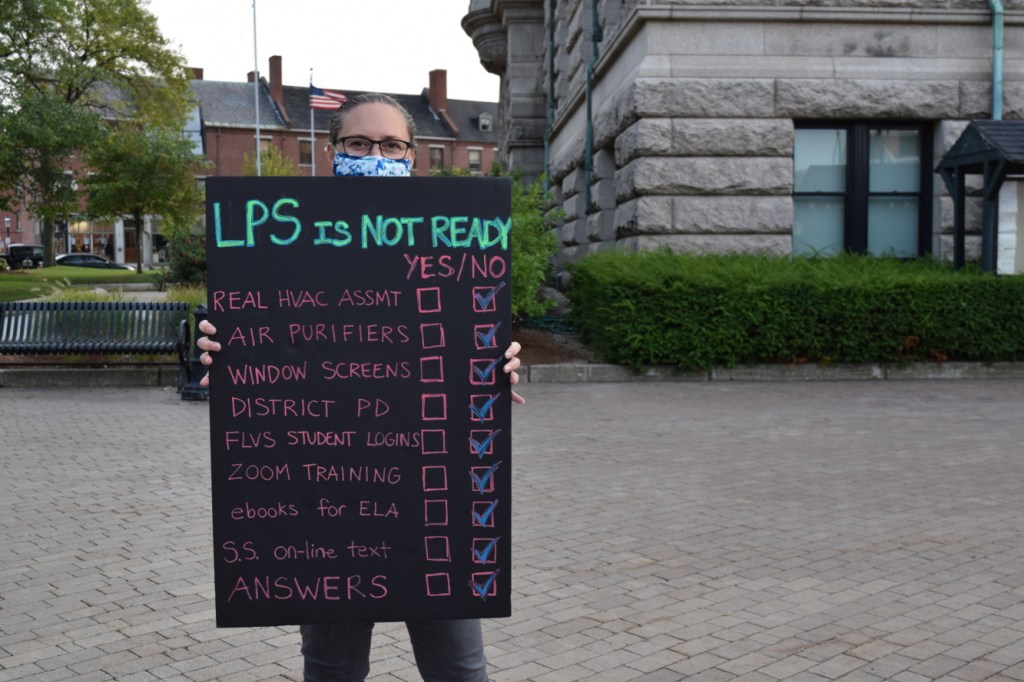 LOWELL — The night before the start of school on Thursday, questions persisted about the district’s readiness.

Among the reopening challenges discussed during the School Committee’s Wednesday night meeting were school cleanliness, staffing vacancies, classroom rosters and the shortage of air purifiers.

On Tuesday the district announced that grades 1-12 would have to start school with remote learning due to an insufficient supply of air purifiers. Pre-K, kindergarten, special education programs like Classrooms for Students with Autism and the therapeutic day schools will be the only buildings to open for in-person learning when school starts on Thursday.

Superintendent Joel Boyd said the air purifier shortage was due to a problem with the supply chain because the pandemic and wildfires mean air purifiers are in high demand all across the country.

“This is a big mess up,” Mayor John Leahy said. “The air purifiers aren’t in and you can’t go to school.”

Currently the district has received 128 air purifiers out of its order for 1,000. A total of 400 are needed in order to accommodate 25% of students being in school buildings, as The Sun previously reported.

With no clear delivery date for the remaining order, School Committee members discussed how best to help families plan.

According to Boyd, once the district receives a delivery date, the plan is to bring the students back as soon as possible. He suggested that once the air purifiers arrive, students could be in school the next day.

Some committee members were skeptical that such a short turnaround would be feasible.

Both Leahy and School Committee member Connie Martin, advocated for setting a target date in order to give families a sense of a time frame for how long their students will be remote learners.

Leahy pointed out that families expecting their students to return to school this week are now scrambling to come up with alternative childcare.

“This is their livelihood, their money, their lives are upside-down,” Leahy said of families.

Committee members Mike Dillon and Jackie Doherty cautioned against setting a date. Doherty said that even if the district sets a date it cannot control when the purifiers are delivered.

Dillon, who noted that he is one of those families now having to pivot, compared setting a date to giving false hope.

“The false hope is hurting a lot of people, every week there’s something that doesn’t happen,” Dillon said.

After hearing input from his fellow committee members, Leahy recommended the district email the committee on Friday with an update on the delivery status.

Throughout the meeting several committee members referenced hearing from an “unprecedented” amount of families.

Doherty referred to lines outside the family resource center and phones ringing off the hook with families looking for more more information but receiving no response. Doherty called for transparency.

“I know everybody’s intentions are best, everybody’s been working hard, there’s lot of anxiety around these issues,” Doherty said.

At the beginning of the meeting Doherty made two motions requesting two reports related to the reopening. The first would provide an update on the distribution of chrome books throughout the district, including how they have been distributed to families with transportation or language challenges, and the second would report on the district’s efforts to expand its partnerships with school-age childcare providers.

Her questions echoed concerns coming in from parents, teachers and other city officials over the past weeks. Poor communication, slow progress, questions over the buildings’ safety and the lack of an agreement with the teachers union have been repeated points of discussion during School Committee meetings.