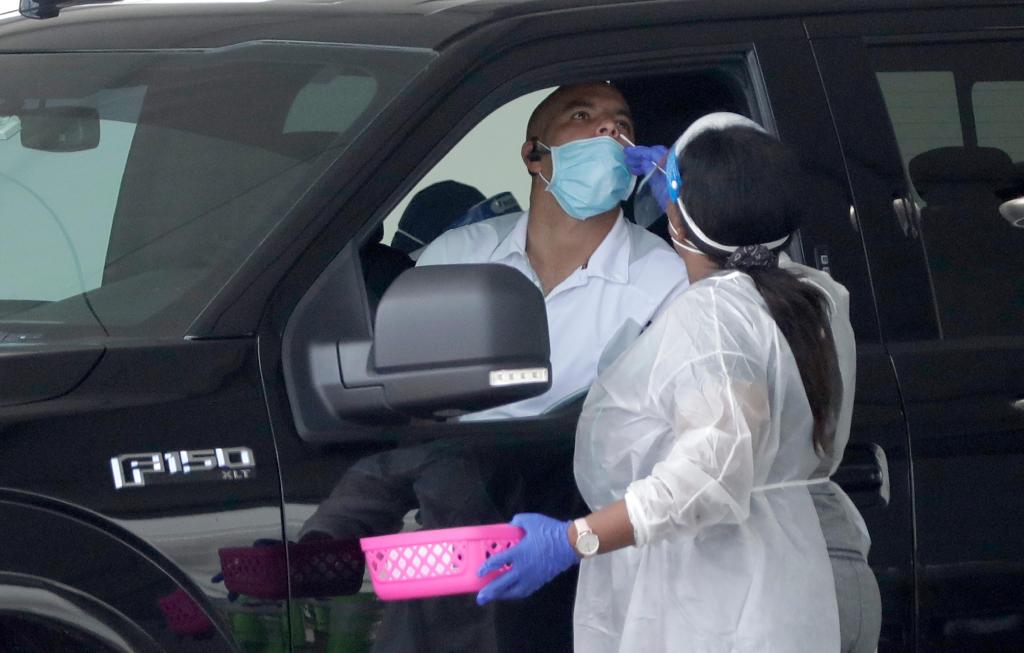 Public health officials reported another 340 coronavirus cases and 15 new deaths on Sunday as the average positive test rate remained at the state’s record low for the fourth consecutive day.

The 15 new deaths put the state’s confirmed COVID-19 toll at 9,100. The three-day average number of deaths hovered at 16, according to state Department of Public Health data. The total number of deaths, including probable cases, is 9,310.

The 340 new cases bring the total number of confirmed infections to 125,479. Another 19 probable cases were reported Sunday, for a total of 127,540 confirmed and probable cases.

Another 17,399 people were tested for the highly contagious virus, for a total of more than 2 million individuals. Nearly 3.4 million coronavirus tests have been administered statewide overall.

The seven-day average positive test rate remained at the state’s record low of 0.8% for the fourth consecutive day.

The three-day average number of hospitalizations ticked up to 359 from 356, continuing an upward climb from 308 on Sept. 14. The number of hospitals using surge capacity dropped to four from five — the highest it had been in a month.

The number of patients currently hospitalized was 355 as of Sunday, down from 362 the day prior, with 61 people in intensive care units and 34 intubated.

Long-term care centers reported another 13 deaths Saturday, for a total of 5,977. There are 382 facilities that have reported at least one COVID-19 case, and 24,777 workers and residents have been sickened.

Coronavirus cases have now topped 30 million globally, with nearly 6.8 million infections within the United States, according to the Johns Hopkins University tracker. More than 958,000 people have died worldwide as deaths among Americans approached 200,000. More than 21 million people have recovered across the globe, including 2.5 million people in the U.S.