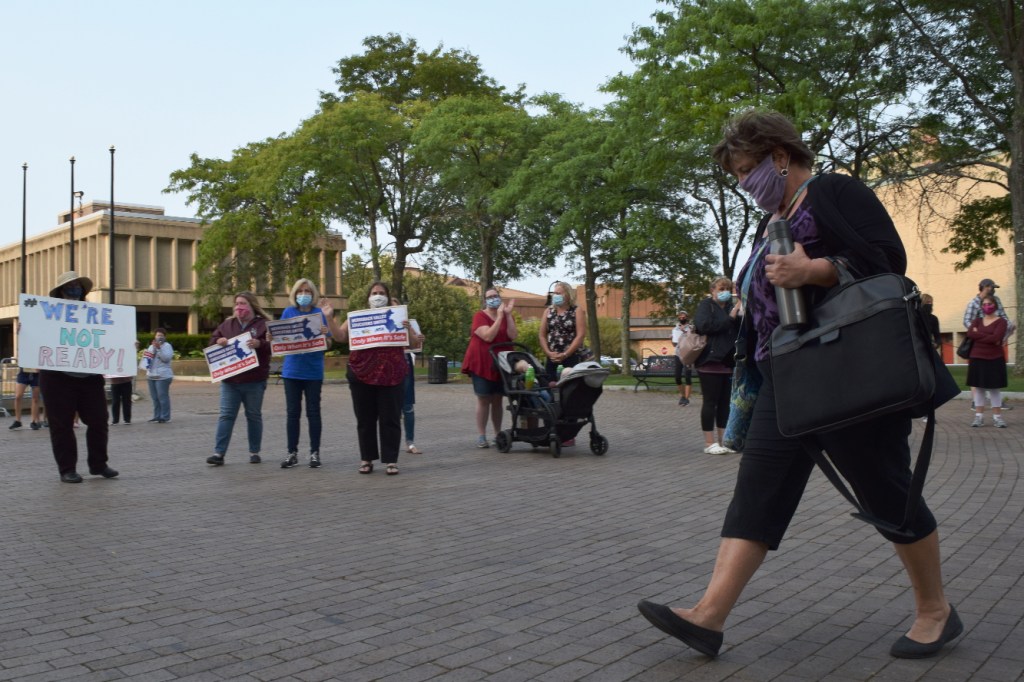 LOWELL — The district’s much-anticipated order of air purifiers has arrived.

After a delay in opening to students in grades 1-12 for in-person teaching, Lowell schools are now expected to open for in-person learning on Monday thanks to the delivery.

The district has committed to supplying every classroom with air purifiers but a shortage prompted the district to greatly reduce the number of in-person classrooms for its school start on Sept. 17.

Last week the district announced that grades 1-12 would have to start school with remote learning due to the air purifier shortage. Pre-K, kindergarten, special education programs like Classrooms for Students with Autism and the therapeutic day schools were the only buildings to open for in-person learning.

Since August, the district has been preparing for a hybrid opening that would allow 25% of the district’s students to return to school for in-person learning.

According to Superintendent Joel Boyd the district is now taking an inventory of the newly delivered air purifiers and will be distributing them to classrooms this week.

As of 6 p.m. Monday, the district had 650 of the 1,000 air purifiers it ordered. According to Chief Equity and Engagement Officer Latifah Phillips, the 650 air purifiers are enough to accommodate the 25% of students.

Boyd called Monday the “best and reasonable” opening date as it would allow principals, teachers and families time to prepare.

“We’re going to do that transition to allow families to plan and to make sure that we can try to provide as much stability during these unstable times as possible,” Boyd said.

As the air purifiers are distributed, the district is simultaneously negotiating a new agreement with United Teachers of Lowell (UTL).

Frustrated with the pace of negotiations between the Lowell Public Schools and United Teachers of Lowell (UTL), School Committee member Mike Dillon is taking the issue to his fellow committee members.

Dillon has filed a motion to set a return to school date for all district teachers. The committee will take up the motion at its next meeting, slated for 6:30 p.m. Wednesday at city hall.

“We cannot let this drag out any more and we need to provide a service to the kids in the city,” Dillon said.

If passed, the motion would bring all teachers back to school, including those teaching remote students. According to Dillon, the Department of Education and Secondary Education (DESE)  has suggested teachers return to the building even for remote learning. Dillon did not know DESE’s reason for that suggestion.

“I’m not up to date on why that is their recommendation but that’s what we’re referring to in light of not having any type of agreement,” he said.

According to Boyd, DESE’s guidance includes having remote-learning teachers work from the buildings to allow collaboration with colleagues and so teachers can take advantage of district resources like the stronger Wi-Fi in school buildings.

Though the district currently plans to only open enough classrooms to serve 25% of district students, Dillon said all classrooms are prepared and ready to reopen.

“Every room has had furniture removed with full cleansing and attention to the duct work and everything,” Dillon said.

Of the need to bring teachers back, Dillon noted the district has been hiring permanent substitutes in order to open in-person classrooms, something that does not make sense “especially in tight budget times,” Dillon said.

The lack of an agreement has drawn criticism from city officials and school committee members. While some have blamed the district for failing to secure an agreement by now, others have pointed fingers at the union.

Dillon does not think his motion will hamper negotiations with the union.

“They’ve been complicated for about a month with very little headway made,” he said.

Boyd declined to comment on the specifics but said negotiations are progressing.