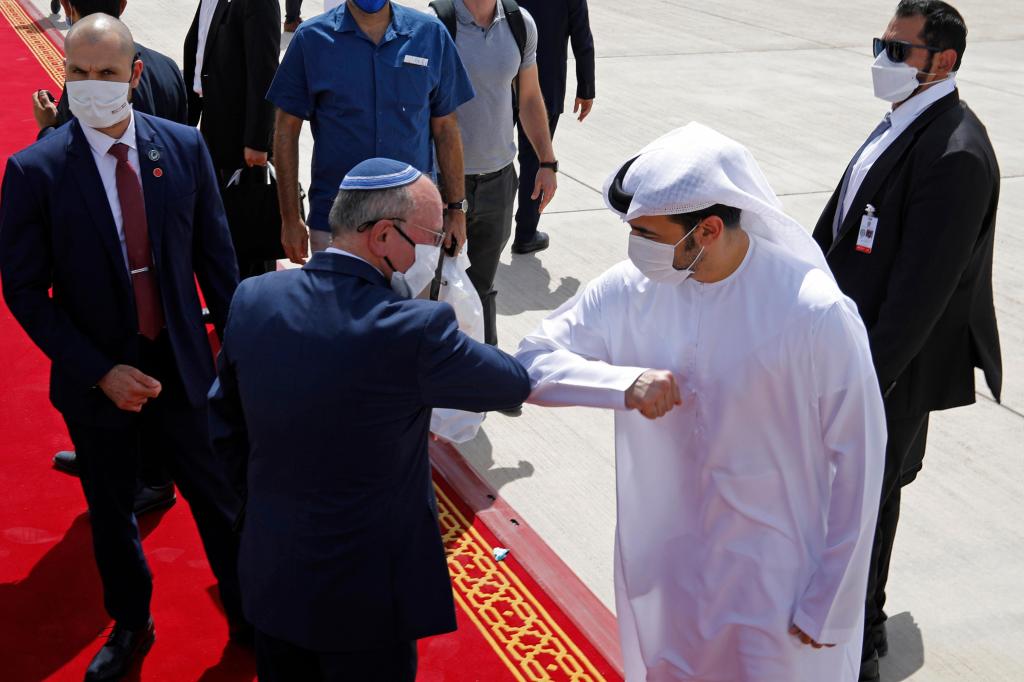 Having presided over the recognition of Israel by the United Arab Emirates and Bahrain, President Donald Trump has been nominated for a Nobel Peace Prize amid talk of peace breaking out across the region.

Assuredly, this is a major diplomatic breakthrough, and Nancy’s Pelosi’s sour-grapes dismissal of the deal as a “distraction” testifies to that truth.

Indeed, the Gulf Arabs could be signing up to recognize Israel because they see the Jewish state as an indispensable ally in the Arab Sunni clash with the larger and more powerful Shiite Iran.

In 1979, the Camp David Accords were signed in a land-for-peace deal whereby Israel returned the Sinai, captured in the 1967 Six-Day War, to Egypt. Egypt’s Anwar Sadat and Israel’s Menachem Begin both won the Nobel Prize for Peace. Yet, while peace was established between Cairo and Jerusalem, that did not inaugurate an era of peace.

Jordan’s King Hussein recognized Israel in 1994. Yet, since then, Israel has fought wars with Hamas in Gaza, Hezbollah in Lebanon and the Palestinians of the West Bank in successive intifadas.

The Palestinian issue also seems no closer to resolution.

What the Gulf Arabs are saying with these recognitions is that the seemingly irreconcilable Palestinian-Israeli conflict can no longer be permitted to interfere with the Arabs’ pursuit of allies in the conflict that more immediately concerns them — that of Iran against the Sunni Arab nations of the Persian Gulf.

The Palestinians are the losers here, having lost their veto power over Arab nations establishing ties to Israel. As for the Israeli-Palestinian conflict, it seems even further from resolution.

The “deal of the century” peace plan midwifed by Jared Kushner projected a Palestinian state on two-thirds of the West Bank. The rest of the West Bank, now occupied by half a million Jewish settlers, would be ceded to Israel.

Any Palestinian leader who signed away Jerusalem and a third of the West Bank to Israel would risk ending up like Matthias Erzberger, who signed the Versailles Treaty in Paris for Germany and was assassinated in the Black Forest in August 1921.

Other conflicts in the region contradict the notion of a coming era of peace. Syria’s civil war, where Russia, Hezbollah and Iran are supporting the Damascus regime of Bashar Assad is unfinished, though Assad has regained control of most of his country.

The Yemen civil war remains a bloody and inconclusive conflict between a Saudi-backed regime which was driven out of the capital by Houthi rebels five years ago. U.S.-backed Saudi airstrikes have made of the country a human rights catastrophe. There is even talk of war crimes charges being brought against Riyadh for its bombings, and the United States for having sustained and supported those airstrikes.

In Libya, a civil war is underway between the recognized regime backed by Turkey and rebels backed by the UAE, Russia and Egypt.

In the Eastern Mediterranean, there is a naval stand-off between NATO allies Greece and Turkey over who owns the oil and gas below the seas off Cyprus and the Greek islands closest to the Turkish coast.

Then there is the undeclared war being waged against Iran by Israel and to which the U.S. is contributing with the crushing sanctions it has imposed to weaken and to isolate the ayatollah’s regime.

U.S. military action against Iran, before Election Day, long advocated by hawks in Washington D.C. and Israel, cannot be ruled out.

As for the Afghan civil war, in which the U.S. has been engaged for 19 years, it remains unresolved, though the Taliban have begun talks with the Kabul government. Then there is the endless Turkish-Kurd conflict inside Turkey that has spilled over into Iraq and Syria.

In establishing embassies in Israel, the UAE and Bahrain are taking a risk, making a wager on who will emerge as dominant in the Middle East.

While the UAE is a significant power in the Persian Gulf, Bahrain is a collection of islands of 300 square miles with a population fewer than two million people, a Sunni king and a Shiite majority.

Though home port to the U.S. Fifth Fleet, it is vulnerable.

A decade ago, the king was almost dethroned by a Shiite uprising sparked by the Arab Spring. Saudi Arabia had to send an army across the causeway to put down the resistance and save the regime.

Even Israel is not truly at peace today, with its drones, planes and missiles intermittently striking Iranian-backed militia in Lebanon, Syria and Iraq. Still, all in all, this week brought good news on at least one front of the Middle East’s forever wars.

Patrick J. Buchanan is the author of “Nixon’s White House Wars: The Battles That Made and Broke a President and Divided America Forever.” To find out more about Patrick Buchanan and read features by other Creators writers and cartoonists, visit the Creators website at www.creators.com.