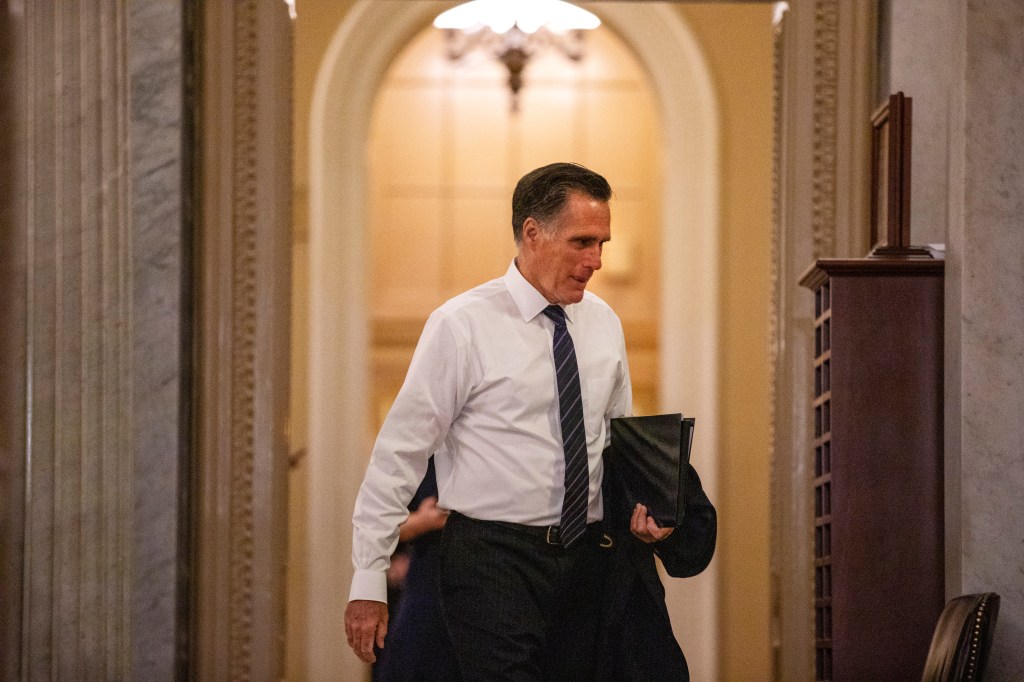 BOSTON — If you’re reeling from U.S. Sen. Mitt Romney’s decision to back his fellow Republicans on SCOTUS hearings before the election, his friends say you just haven’t been paying attention. And his enemies say the same thing, too.

The one-time Massachusetts governor turned Utah senator set off a flurry of both praise and recriminations with his announcement Tuesday morning that he would support moving forward with the process to fill the high court vacancy left by Justice Ruth Bader Ginsburg’s passing.

“My decision regarding a Supreme Court nominee isn’t the result of a subjective test of “fairness” which, like beauty, is in the eye of the beholder,” Romney said in a statement. “It is based on the immutable fairness of following the law, which in this case is the Constitution and precedent.”

As for how he will eventually vote on an actual nominee, Romney was more reserved. “I intend to follow the Constitution and precedent in considering the President’s nominee. If the nominee reaches the Senate floor, I intend to vote based upon their qualifications.”

Romney has been the Democrats’ favorite Republican (a role once filled by Sen. John McCain) since casting the lone GOP vote in favor of impeaching President Trump in February. “Thank You, Mitt Romney” was the headline on an op-ed column in the left-leaning Boston Globe at the time.

On Tuesday? “Romney’s High-Mindedness Is No Match for His Desire To Win.”

Meanwhile, the Trump-supporting talk radio base has long held a less-than-flattering view of the moderate they dismiss as “Mittens.” Now they’re celebrating his decision.

So have the roles been reversed?

Not according to Jim Merrill, a New Hampshire GOP strategist who worked on both Romney presidential campaigns.

“Mitt Romney may be ‘Never Trump,’ but when it comes to judges, he is and always will be a conservative Republican who has long argued for the appointment of conservative judges,” Merrill said.

Massachusetts Democrats say they understand what happened all too well: Pure, political opportunism.

They remember Romney as the candidate who challenged U.S. Sen. Ted Kennedy in 1994 by running to his left on social issues like abortion and gay marriage — trying to “out-Kennedy Kennedy,” as locals described it.

As governor, he helped pass the precursor to Obamacare (aka “Romneycare”) before shifting to the right in time for the 2012 GOP presidential primary.

“One head undoes the prodigy of his other head’s crowning achievement as Massachusetts governor, Romneycare. One head was a pro-gay Republican, the other head fought against marriage equality. His most reliable and predictable characteristic is that when you invite Romney to a party, Pierre Delecto shows up instead.”

“Pierre Delecto” is the Twitter handle Romney once used to surf the site anonymously.

Romney’s ideologically flexible politics reflect what’s happening back in his former home state of Massachusetts, where the GOP is in open civil war.

How does Chairman Lyons feel about his sometime ideological adversary Mitt Romney?

“I was very happy to see him supporting President Trump,” Lyons said. “Mitt understands the Constitution and he’s doing what he thinks is right.”

And when Romney voted to impeach President Trump? “He understood the Constitution then, too,” Lyons said. “He just looked at it the wrong way.”

Back across the border in New Hampshire, Rath has little patience with put-upon Democrats who claim they’ve been betrayed.

“They want a hero here. But if the circumstances were reversed and the Democrats had both the White House and the Senate, they would do exactly what Mitch McConnell and Donald Trump are doing right now.”