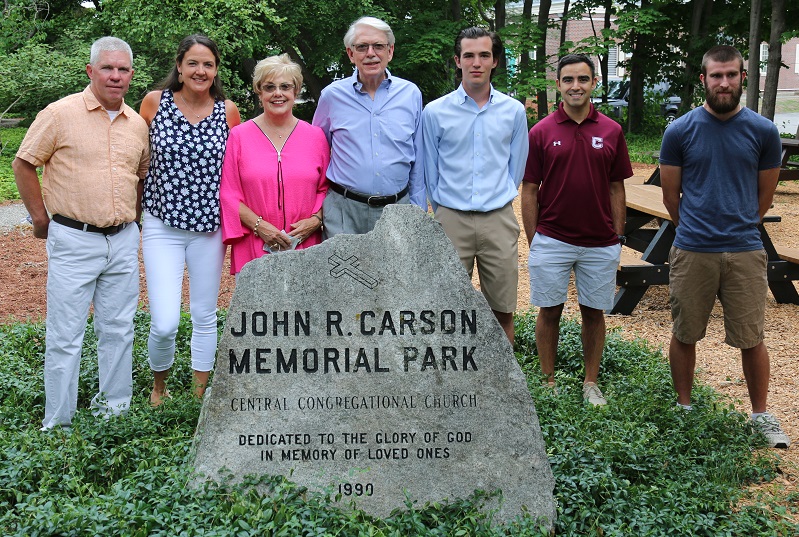 Carson was a star distance runner at Chelmsford High School. As a sophomore, he broke the meet record at the statewide Red Auerbach Invitational in the 1,000-yard run and came within one second of the CHS mile record. In his junior year, he was co-captain of the cross-country team, undefeated in Merrimack Valley Conference meets, and placed seventh out of more than 200 runners at the Manhattan Invitational.

Sadly, he died while on a practice run with the indoor track team in December 1987.

The John R. Carson Memorial Scholarship is awarded each year to a Chelmsford High School senior boy distance runner who plans to attend college. The committee’s selection is based on three criteria: running skills, teamwork and leadership. The goal is to choose the applicant who best exemplifies John’s traits in those three areas.

Drew was a team captain and, according to his coaches, the glue that kept the team together. He showed great dedication, related with everyone on the team and led by example. Drew plans to attend the College of Holy Cross this fall.