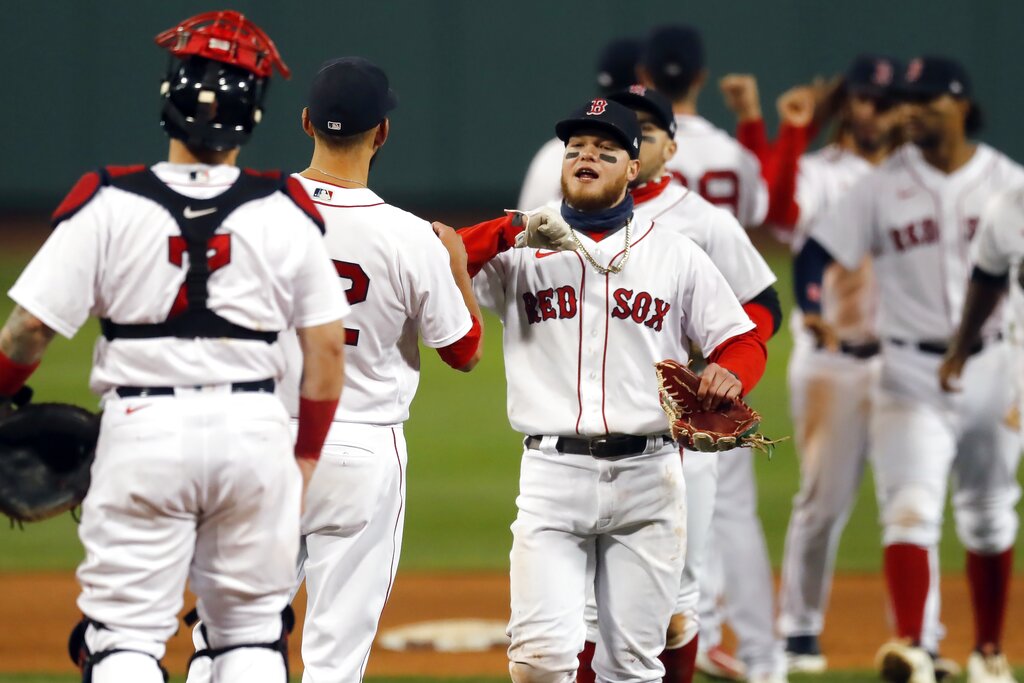 First, it was a challenging and disappointing offseason.

Then came the unwatchable product.

Now, they’re winning too much.

Early in this abridged season, the local nine from Boston were primed to be MLB cellar dwellers. And while the team’s record is still abysmal, the Sox have begun to climb the stairs out of the basement — even if it’s only been a few steps.

A few is too many this year.

Stripped of pitching due to injuries, trades and free agency and lacking their all-world superstar after dealing Mookie Betts to the Los Angeles Dodgers, the Red Sox seemed destined to have a poor season. And early on, they followed the script to a T. Losses piled up quickly, fans grew restless and the shortened 60-game schedule seemed neverending.

Despite the groans of the fanbase, the defeats were, in a way, little victories. Each loss brought the Red Sox closer to securing the worst record in the Majors, assuring them of a premium pick in next year’s draft.

That draft is projected to be extremely top-heavy, with the top two prospects — Vanderbilt righty pitchers Kumar Rocker and Jack Leiter — leading the way before a drastic dropoff to the next tier.

Land a spot in the top two and all is well. Sure, nothing is guaranteed when it comes to drafting pitchers, but selecting a stud at No. 1 or 2 is a lot more likely than finding a diamond in the rough.

And for a while, it looked as though landing at the bottom of the standings would be no problem for Boston.

That is until recently. Turns out the Red Sox can’t even lose in a satisfying fashion.

Entering Thursday night’s game against the Orioles at Fenway Park, Boston had won three in a row and was 6-4 in its last 10. At 22-34 entering the day, the Red Sox sit five games back of the Pittsburgh Pirates for MLB’s worst record and two games behind the Texas Rangers for second worst.

By winning, the Red Sox can’t win, in a sense.

The Sox had a chance to wrap up a four-game sweep of the O’s Thursday night before heading to Atlanta to close out the season with three games against the Braves.

To flip the message of Al Davis from decades ago, just lose, baby.

He’s not Betts and anyone foolish enough to claim he is would be, well, foolish, but Alex Verdugo has put together a decent season for the Red Sox. Entering Thursday, Verdugo — who was the centerpiece of the deal that sent Betts to L.A. — is batting .328 with six home runs, 14 RBI and 35 runs scored. His average is good for fourth in the American League. … Fans calling for the return of Alex Cora next year sounded like children crying for their favorite toy early in the season. But after watching Ron Roenicke look lost night in and night out, make room on the Cora bandwagon. For that matter, find anyone with anything resembling a feel for the game. Yes, he’s been dealt a brutally bad pitching staff, but the constant tinkering with the lineup makes Roenicke look likes he’s also seeking the answers fans have wanted all season. And that’s not a good look for a skipper.