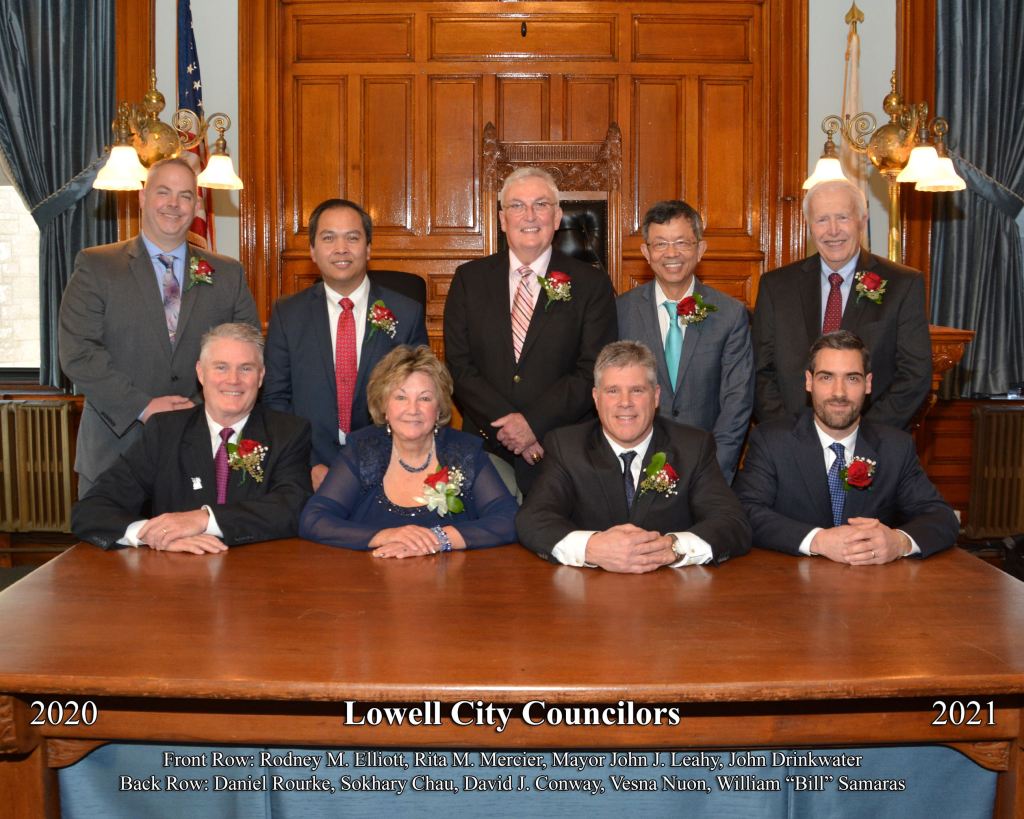 LOWELL — The buck stops where?

That’s the question City Councilor Dan Rourke, with support from several other councilors, wants to find an answer to via a motion he filed for Tuesday night’s city council meeting. He wants to have the Law Department prepare a report on whether the council, via the the city manager, can take over some of the of the legal authority of the school committee.

The motion comes amid extreme anger among parents and city councilors over the cancellation of in-person classes for grades 1 to 12 just two days before school was supposed to start, a move that City Manager Eileen Donoghue has publicly said she disagreed with in conversations with Superintendent Joel Boyd.

Councilor Bill Samaras, a former Lowell High School headmaster, said he believes the issue has affected city residents even more than the debate over what to do with Lowell High School, and that someone must stop pointing fingers and take responsibility.

Samaras said many companies and entities are re-evaluating how they function in the pandemic’s wake, and that the city should be no different.

“Do we want to leave things the way they are,” Samaras asked. “I don’t think so, because it’s shown it’s not working, and there’s too much fingerpointing and that’s upset the electorate and the parents of children.”

A plurality of councilors — Rourke, Samaras, Rita Mercier, Rodney Elliott and Sokhary Chau — said Sunday that they support the motion insofar as the answers from the Law Department will start a conversation with the school committee about ensuring this kind of situation never happens again.

Councilors John Drinkwater and John Leahy did not return messages seeking comment, and councilors Dave Conway and Vesna Nuon could not immediately be reached.

Rourke, Samaras, Mercier and Elliott also expressed openness to taking steps after the Law Department responds to actually take over some powers if legally allowed. All four touted work the city did over the summer to ensure school buildings were ready, and took issue with the school department not taking more responsibility for the last-minute cancellation.

Mercier said she’s thankful her children and grandchildren already went through Lowell Schools, because she is outraged about the way current families have been treated. Mercier said she wants to make it clear that from now on the buck will stop with the city council.

“I’m just so outraged to think that we didn’t have our act together,” Mercier said. “This is embarrassing.”

Chau said he supports the motion and the conversation it will start but has questions for Rourke about just how many powers the city would take over. Chau also expressed deep respect for the school committee and the work its members do.

“I want to hear specifically what does he want the city council to take over,” Chau said.

Elliott too said he supports taking over responsibility for ensuring buildings are ready but has questions if Rourke has more in mind than that. Elliott said he would not support removing voters’ ability to choose a school committee.

Rourke said he filed the motion because he was “dumbfounded” by the decision to cancel in-person teaching at the last minute, which he says he thinks had little to do with air purifiers and more to do with school buildings simply not being ready.

“Hospitals don’t use air purifiers in their places,” Rourke said. “I have no idea where that came from, or why. It really is nonsensical at best.”

Rourke said he not only wants a report back from the Law Department, though, he also wants to act on any way the law department says the council can take charge.

“This is a first step and I’m hoping for a quick response, because I don’t see an end in sight to this. It’s been going on for months with no answers, either on the school administration side or the union side,” Rourke said. “The only entity that is doing their job is the city.”

Rourke said he doesn’t want to eliminate the school committee but wants to see the city take charge of the buildings and ensure parents don’t face more broken promises.

Elliott too said he puts little stock in the claim that air purifiers are why schools weren’t ready, because the city spent all summer spending thousands and working tirelessly to update HVAC systems and do other work. But Elliott said he has heard numerous stories about issues with cleanliness and other readiness issues in the schools. Samaras too said he believes cleanliness and other issues were actually to blame.

“The issues as far as I’m concerned was not the air purifiers,” Samaras said. “It was the shape of the buildings and things like that.”

Elliott said he sees “clearly a lapse in leadership from the school department side.”

“I’m going to support the motion and we’ve got to get this right,” Elliott said. “It appears the superintendent is perhaps in over his head. He didn’t adequately put a plan in place for the reopening and now the city will step in and we’ll get the job done.”

Samaras said he pursued a City Council seat because he felt that was where he could do the most to help the schools, particularly with budget issues. But he said Donoghue has taken the city’s support for schools “to another level and has done a lot of work in the buildings to make the buildings safe.”

Samaras said he has questions about why the city and school department each have their own finance and human resource departments, and that most of all he wants to see an end to fingerpointing, and more focus on the concerns of both parents and teachers who want to know that children can go to school safely.

“What I’m hearing from people is that they don’t want to see any fighting or fingerpointing. They’re tired of that,” Samaras said. “What they want to see is who is responsible, who will accept that responsibility, and what they will do about it.”

The council will take up Rourke’s motion during their regularly scheduled meeting at 6:30 p.m. Tuesday.