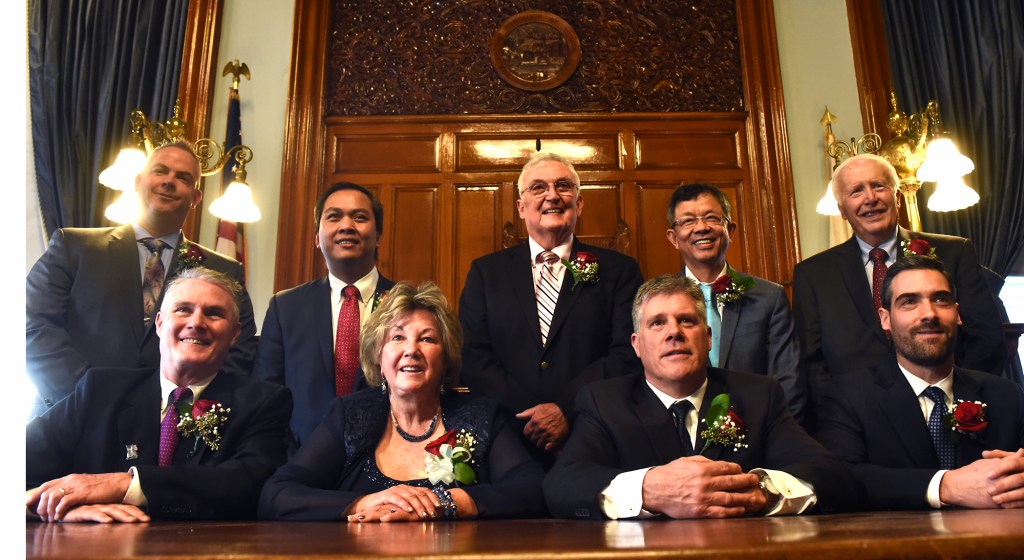 LOWELL — As the debate continues over who is responsible for the city’s bumpy school reopening, the City Council is looking into whether it can, and should, take over the reopening from the School Committee.

Tuesday night, the Council requested the law department provide a report on whether the city, through the city manager, can assume some of the powers and authority of the School Committee.

The motion comes as families’ and city officials’ anger with the district reached an all-time-high last week when the district canceled in-person classes just two days before the start of school.

Since August, the district has been preparing for a hybrid opening that would allow 25% of the district’s students to return to school for in-person learning. Those plans were delayed last week when the district announced grades 1-12 would have to start school with remote learning due to an air purifier shortage.

On Monday the district announced it had received enough air purifiers and would be opening schools for 25% of students on Sept. 28.

The district’s decision to cancel in-person learning for the start of school last week, the lack of an agreement with the teachers union and reports of problems with school schedules and school buildings have been repeated points of discussion in recent weeks.

During the School Committee’s meeting Wednesday night, Superintendent Joel Boyd called for everyone involved with reopening not to fight with each other.

“If there was any time, now is the time to make sure we can come together as one district, one community, one Lowell ,” Boyd said.

In an earlier interview with The Sun, Rourke said his intention is not to get rid of the School Committee but to bring the reopening under one umbrella – the city manager’s office – to streamline the process.

Addressing the City Council Tuesday night, Rourke reiterated that the district needs to reach an agreement with United Teachers of Lowell and argued Lowell’s achievement gap is widening.

“It’s only going to get bigger because there’s not an agreement in place as to how to teach our kids, that’s sinful,” Rourke said. “The biggest harm is going to be to our students.”

Rourke added that the district’s hiring of 30 permanent substitutes to fill vacant teacher spots and its failure to provide parents with “direct answers” were also cause for concern.

“It’s irresponsible, you had months to get it done and it hasn’t been done,” Rourke said.

Not all who are frustrated with the reopening agreed with Rourke’s motion.

One parent who frequently speaks at School Committee meetings to voice her concerns, urged the City Council to vote against Rourke’s motion.

“A takeover of the School Committee by the City Council will not solve any of these problems,” she said. “The city manager is one person.”

School Committee member Mike Dillon also weighed in and called for better communication between city officials instead of Rourke’s motion. He said he had not heard from anyone on the City Council leading up to the motion.

“The communication between us as city officials is lacking and COVID is not helping, it’s exaggerating the problem,” Dillon said.

As a parent of children in the district, Drinkwater said he is grateful for his experience with reopening. Though he acknowledged that some families have had tough experiences, Drinkwater said none of it merits “such a radical shakeup” as Rourke’s motion suggests.

Speaking in support of the motion, Elliott said “something needs to be done.”

“When residents and parents feel their government has failed, it’s a call to arms,” Elliott said. “The buck stops here.”

Both Samaras and Chau shared similar sentiments that Rourke’s motion could be seen as an opportunity for further dialogue. Passing it, Samaras said, would keep the conversation going.