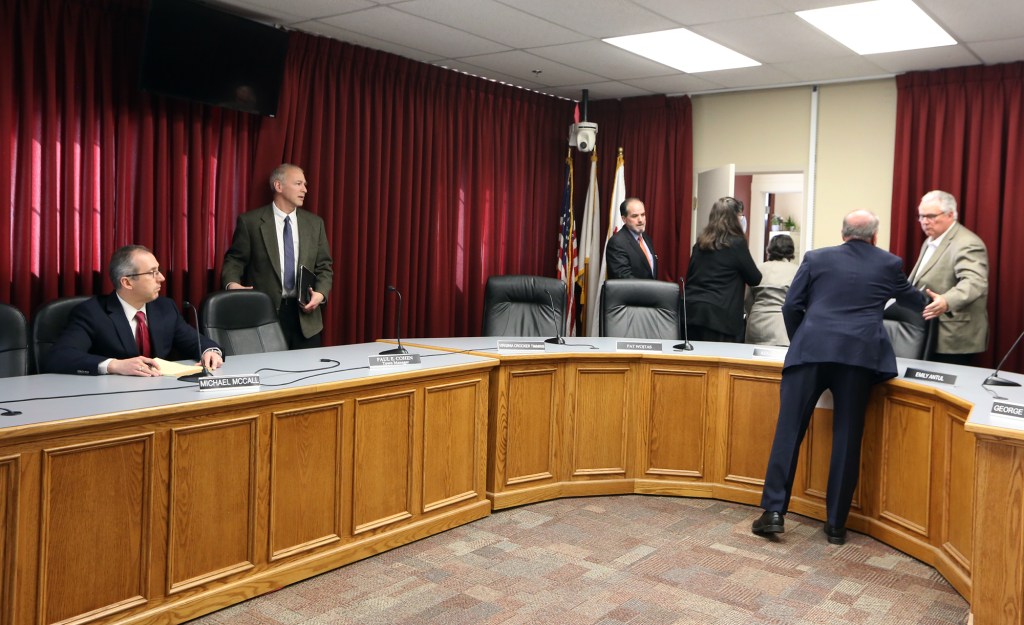 CHELMSFORD — The Select Board has named 13 residents to a new Diversity, Racial Equity and Inclusion Committee that will explore these issues in town and make recommendations for improvements.

The board voted unanimously Monday to appoint all 13 applicants to the committee, which did not have a set number of members.”Thank you for your time and dedication that you will be putting into this committee,” Chairman Ken Lefebvre said following the appointments. “The town really appreciates it, and hopefully it is enjoyable and we get positive results.”

According to the committee applications, those appointed include:

-Lauren Cochran, a fine arts teacher of 24 years at Chelmsford High School who is involved with the Chelmsford for Social Justice group and serves on the Chelmsford TeleMedia board of directors. She wrote that she believes it’s important to be proactive on such important issues as equity, social justice and inclusion, and “truly would like to see Chelmsford stand out as a wonderful example of a town that is accepting and tolerant for all.”

-Jigarkumar Dave, an Indian immigrant who holds a master’s degree in chemistry.

-Rachel Donovan, an LGBTQ parent and founder of the Chelmsford for Social Justice group. She was also a founder of the Diversity, Inclusion and Belonging Committee at Articulate, where she serves as senior director of engineering, and has volunteered for two years at Hack Diversity, a group focused on increasing underrepresented minorities in Boston’s innovation economy.

-Town Clerk Tricia Dzuris, who has served on numerous committees in town, is a former foster parent and is trained as a facilitator for Darkness to Light, an organization focused on preventing child sexual abuse.

-Phil Hicks, an African American resident with 38 years of experience in human resources management, with a focus on employee relations, diversity training and conflict resolution. He said he has a “unique perspective on issues of race and diversity,” and has raised three children in town.

-Cherrice Lattimore, an African American resident who serves as diversity and inclusion ambassador for the Northeast region of her employer, Merck, and has been an active member of several parent-teacher organizations and the All Sports Booster Club in town as well as an ordained deaconness at Calvary Baptist Church in Haverhill. She said she and her husband raised three children in town and know what it’s like to be one of the few families of color in the school system. “I am so proud of the town’s willingness to move in a forward direction for the equity of all its residents,” Lattimore wrote.

-Joseph Mason, a biracial resident and young professional who founded the Foundation for Unity, Entrepreneurship, Leadership and Service (F.U.E.L.S.) and previously served as vice president of a chamber of commerce in New York.

-Brian Petro-Roy, a software engineer at IBM who has tried to educate himself on racism through the works of authors of color. He wrote that he’s ready to get involved to try to make a difference and use his privilege “by saying out loud that the current state of the world is unfair and that changes must be made to end the injustices that every American not considered ‘white’ has had to endure for the entirety of this country’s history.”

-Carly Connor Reim, a business professional with over 30 years of experience in the software industry and ongoing diversity training, who has served as a moderator for Parents Helping Parents and as a board member for the Friends of the Chelmsford Dog Park. As a woman of color, she said she has lived with racism for nearly 57 years. “I have taken every opportunity to educate people on racism hate and bigotry,” she wrote. “My approach is not to attack or create conflict, but to find common ground through respect and facts.”

-Latosha Wright, a leader of an affinity group at a large pharmaceutical company who has a passion for increasing diversity and inclusion awareness in the community. “Knowledge will increase awareness and unity in our town,” she wrote.

-Jennifer Giannino, a Jamaican and Puerto Rican woman in a mixed-race marriage who raised a child that works in law enforcement. “I have a plethora of experience to draw from and share along with an understanding of the dynamics of the people of the suburban community we live and how to tactfully, yet confidently, address diversity issues,” Giannino wrote.