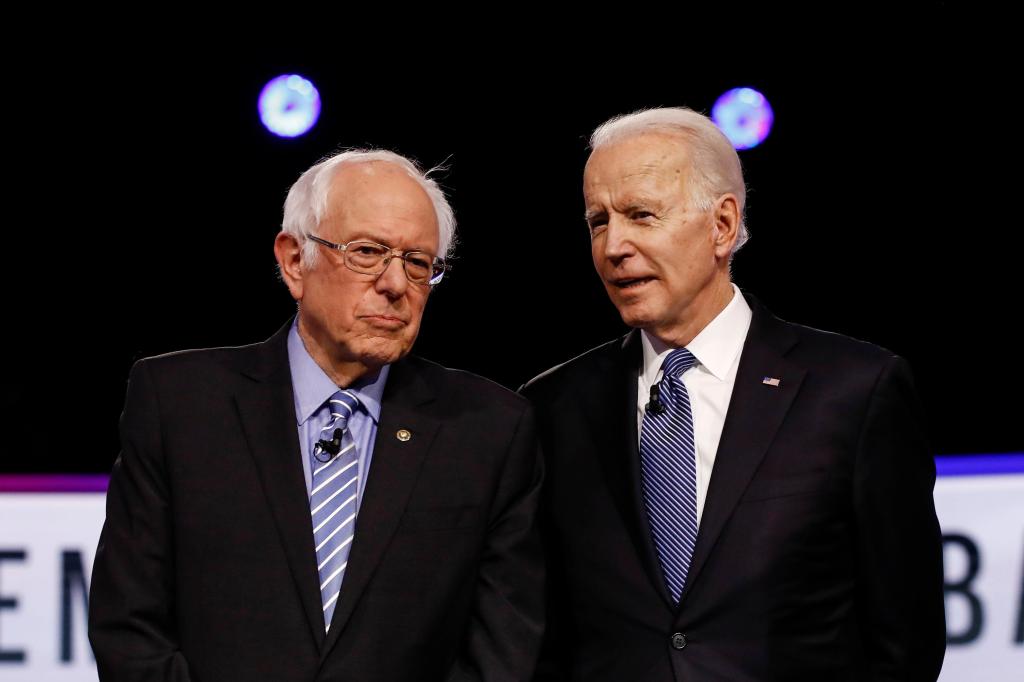 Is Bernie Sanders having second thoughts?

The Socialist/Democrat U.S. senator from Vermont may not have misgivings about endorsing Biden for president, but he sure is concerned about Biden’s move to the center.

After all, when Bernie, 79, endorsed Biden, 77 — Bernie making way for a younger man — he predicted that the former vice president would be “the most progressive president since FDR.”

Sanders made that endorsement in July after he ended his second failed campaign for the Democrat nomination. He lost to Hillary Clinton in 2016.

Despite losing twice, Sanders shifted the party to the left — some would say the extreme left. And when he backed Biden, he did so only after Biden released their agreed-upon plan to “fundamentally transform” the country, using old Barack Obama phraseology.

That 110-page plan, called the “Biden-Sanders Unity Task Force Recommendations,’’ is a free stuff document that reads like something Vladimir Lenin and Leon Trotsky might have put together during a vodka laden weekend at Sochi.

Not only does the plan call for open borders, for instance, but would grant illegal immigrants health care and citizenship. It would defund the police, abolish ICE, end fracking and the use of fossil fuels, eliminate charter schools, provide free college tuition, and eliminate student debt. Of course, Biden/Bernie would increase taxes by $10 billion and then some for those still working to pay for it all.

Since release of that document, however, Biden has begun to deviate from some of its recommendations, apparently listening to people who don’t agree with Bernie’s doctrine that would to turn the country into a socialist paradise, like Russia, or like the old Soviet Union, a place he admired so much he went there on his honeymoon.

Right now, Biden is moving to the center, which has Bernie worried. As he should be because Biden is beginning to sound more like Donald Trump than Bernie Sanders.

Once opposed to fracking, he is now for it. Once in favor of defunding the cops, he is now against it.

Biden, who as Barack Obama’s vice president saw U.S. manufacturing jobs go overseas, especially to China, now wants to bring those jobs back, which Trump has been doing. Biden also has launched a “Made in America” campaign slogan to boost manufacturing jobs.

If the slogan sounds familiar that is because it is.

Trump will hold his fourth annual “Made in America” gathering at the White House next month, which is part of his “Buy American, Hire American” campaign. The event allows manufacturers to display their new wares.

Biden even said that Trump’s U.S.-Mexico-Canada Trade Agreement was better than the North American Free Trade Agreement, which he voted for in 1993 when in the Senate.

The next thing you know Biden will be talking about Making America Great Again. No wonder Bernie’s upset.

While denying that he was privately expressing concerns about Biden’s campaign moving to the center, Bernie said, “We also have to give people a reason to vote for Joe Biden, and Joe has some pretty strong positions on the economy. And I think we should be talking more about that than we have.”

One of those differences is trade with China. Trump called Biden a “globalist sellout” who helped engineer the loss of American manufacturing jobs to China. “Joe Biden’s agenda is made in China. My agenda is made in the USA,” Trump said.

Biden, who had close ties with the People’s Republic of China for years, (his son Hunter got rich there) blasted Trump for hurting American farmers with tariffs on Chinese goods. He said that Trump’s trade deal with China was “failing badly.”

Trump is expected to make Biden’s ties to China a major issue in the closing days of the campaign. Only last May, before the coronavirus outbreak, Biden said, “China is going to eat our lunch? Come on, man. They’re not bad folks. But guess what? They’re not competition for us.”

One of Biden’s top advisers is Anita Dunn, the former White House communications director under Obama. Dunn is an outright fan of Mao Zedong, the Chinese Communist Party dictator who murdered more innocent people than Hitler and Stalin combined.

Addressing a high school graduating class in 2009, Dunn said Mao was one of her “favorite political philosophers,” and one of “two people that I turn to most.” The other was Mother Teresa.

Good luck with that, Joe.